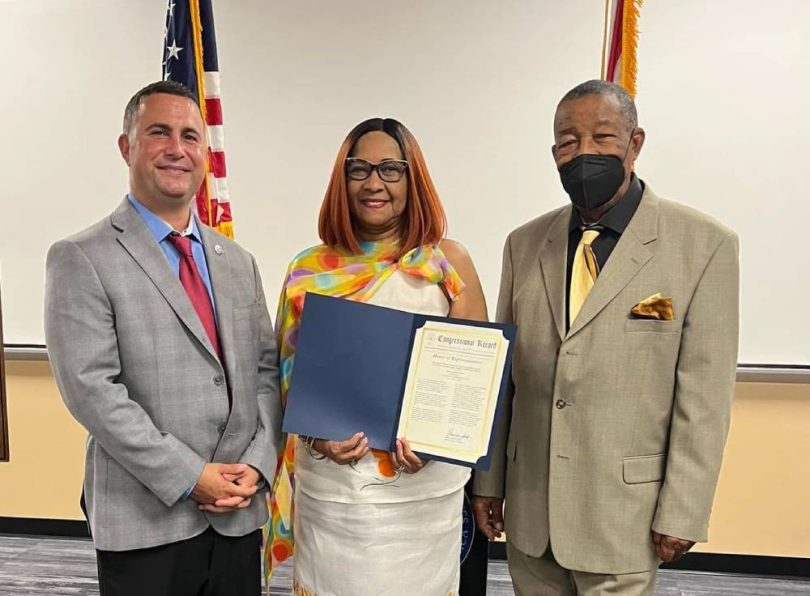 Florida’s House of Representatives recognized Jamaican broadcaster Diana “Lady D” Blake-Taylor for her significant contributions to Central Florida’s community through her broadcasting, entrepreneurship, and humanitarian efforts. The title of Blake-Taylor’s autobiography was placed in the Congressional Record by Florida House Representative the Honorable Darren Soto so that her contributions will become an enduring part of the history of the United States.

Taylor’s passion for mentoring and preparing children to face life in the “real world” is demonstrated via her weekly radio program, “Young People’s Forum” every Tuesday on WOKB 1690 AM, 100.7 FM, and live streaming on Facebook. Her activities have earned her recognition from community leaders, law enforcement organizations, and politicians. 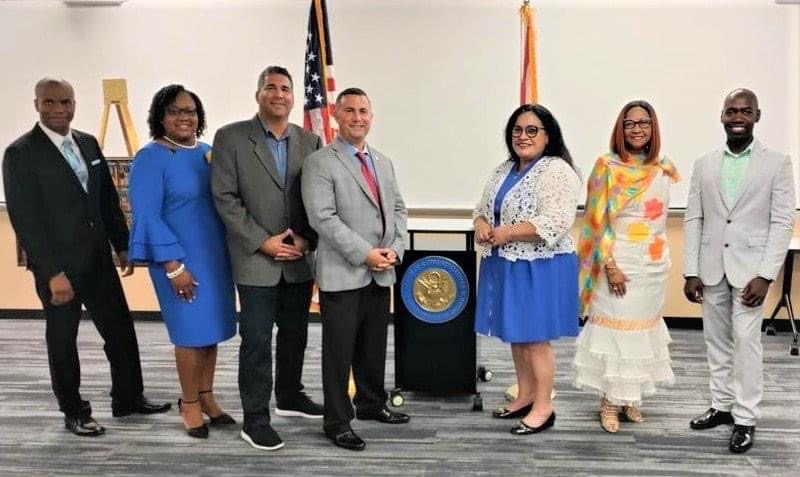 “Lady D” is an iconic presence in her community, well known for her business ventures and her radio programs over the past 40 years and for her success in bringing Caribbean expatriates in Central Florida together. She noted that when she started out, the community had no voice, and now there are numerous Caribbean radio shows that offer a diversity of programming to the community.

Diana Blake-Taylor was born near Spaldings, Clarendon, in Jamaica. She attended Baillieston Primary School and then went to Clarendon College and Holmwood Technical High School before she migrated to the United States in 1969 to settle in the Bronx, New York. She attended school in New York, and that is where she met her husband. Her parents ran a business in their hometown and had instilled their entrepreneurial spirit in their daughter, so after she married, she and her husband opened a record and electronics store in the Bronx, which continued in business until 1976 when the couple moved to Miami, Florida, and started a long-haul trucking business in 1980. They then moved to Orlando and opened a store selling Caribbean groceries and other products, and they operated a gas station as well. When Blake-Taylor wanted to advertise the business to the community, she found that there was no radio station willing to do so. She ultimately found a Spanish radio station that permitted her to buy time on Sunday afternoons. Her program became increasingly popular, and more Caribbean businesses started opening in the community, which allowed her to expand her time on the radio until she was broadcasting a daily program from noon to eight in the evening, six days per week. She used the broadcasting platform to spread Caribbean culture throughout Central Florida, which resulted in even more growth for Caribbean businesses and more diversity in radio programming.

Blake-Taylor recognized the need to allow young people to also have a voice in the community and started a radio show to appeal to that demographic. She is known for her outreach efforts and uses her personal funds to provide for children’s education and help parents who have suffered difficult situations. She credits her mother with inspiring her to help those less fortunate than she is. “God blessed me to be a blessing to others,” she believes. Her family business is now managed by her oldest daughter, and the other children also have roles in the company, which provides work for individuals who live in the community.

While Blake-Taylor is semi-retired, she continues with her radio program. She has received numerous awards and honors during her career in recognition of the major contribution she has made to the Caribbean community in Central Florida.