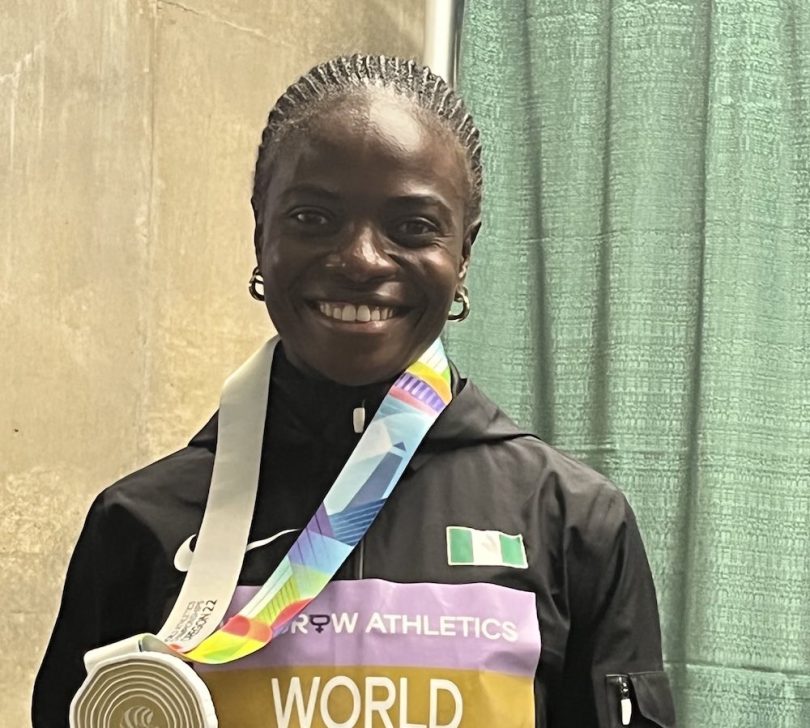 Tobi Amusan, who is coached by the three-time Jamaican Olympian Lacena Golding-Clarke, made history by becoming the first athlete from Nigeria to win a gold medal at the World Athletics Championships at Hayward Field in Eugene, Oregon, in 2022. Amusan broke the world record of 12.20 seconds in the 100-meter hurdles twice in a single day, obliterating the previous world record, which was set in 2016 by US Olympian Kendra Harrison, in the semi-final with a time of 12.12 seconds and then winning the final some two hours later with a time of 12.06 seconds. This had been announced initially as a world record but was later judged ineligible because the wind speed at the time exceeded the allowable limit. Jamaica’s Britany Anderson won the silver medal in the event, finishing 0.17 seconds behind Amusan.

Amusan was born in Nigeria in 1997. Her athletics career began when she was a student at Our Lady of Apostles Secondary School. At age 15, she won the 100-meter sprint inter-house competition there, defeating a runner who was professionally trained at a local stadium. Because her father did not approve of an athletics career for her, she used to sneak out to train at the track with the help of her mother, who told her father she had gone to church.

Her training allowed her to qualify to represent Nigeria at the African Youth Championships and to win a silver medal in the 200-meter event in 2013. In the same year, she competed for Nigeria at the World Athletics U18 Championships in Ukraine in the 200 meters but was disqualified for a lane infringement. Amusan switched to running hurdles in 2014 and two years later she was awarded a scholarship to the University of Texas at El Paso, where she met the three-time Jamaican Olympic athlete Lacena Golding-Clarke, who then became her coach. At UTEP, Golding-Clarke coached Amusan to three consecutive All-American titles. Amusan won silver as a freshman at the NCAA competition and received the title of C-USA Track Athlete of the Year, C-USA Freshman of the Meet, and C-USA High Point Scorer. Amusan then competed at the IAAF U2Championships and the Summer Olympics in 2016. In 2017, she helped the women’s team win its first outdoor conference title in the school’s history. 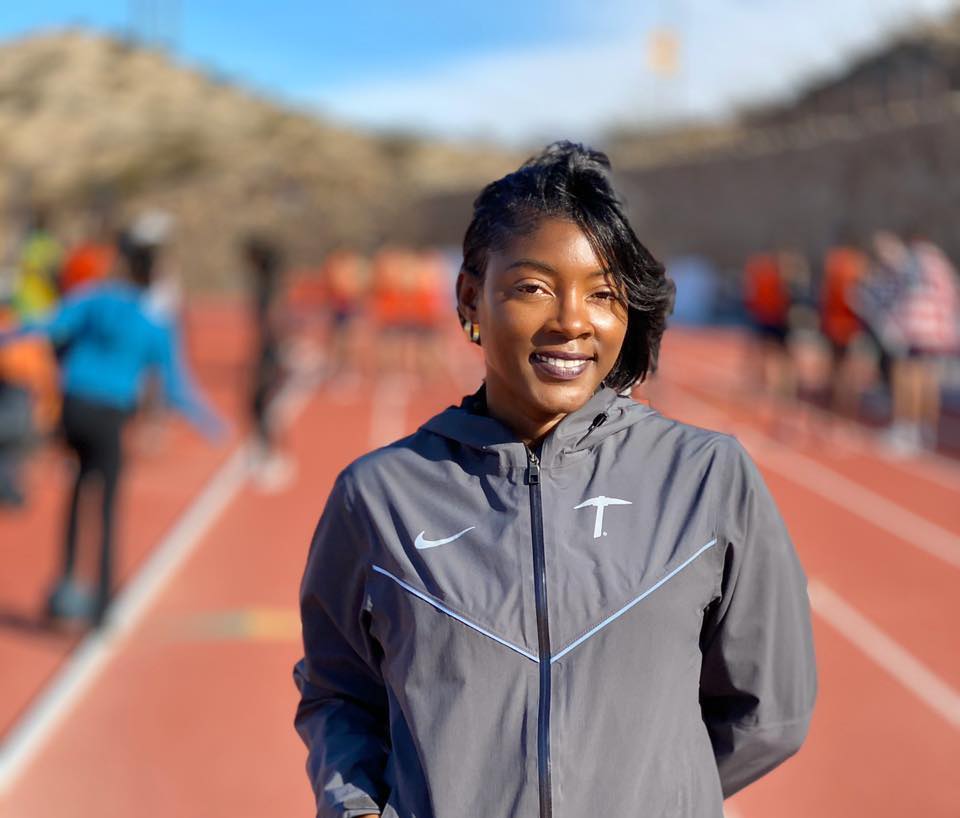 Golding-Clarke was born in Clarendon, Jamaica, and attended Vere Technical High School, San Jacinto Junior College, and Auburn University. Golding-Clarke graduated from Auburn University in 1999 after becoming a six-time All-American and winning a silver medal in the long jump at the 1998 NCAA Championships. She was also an SEC Champion for times and holds the women’s 55-meter hurdles school record. She won the Southeastern Conference Women’s Commissioner Trophy in 1998.

She represented Jamaica at the Summer Olympic Games in 1996, 2000, and 2004. She competed in the World Championships in Athletics five times and won numerous medals at junior championships in the CAC and CARIFTA competitions. She started out as a long jumper and competed in the event at the 1996 and 2000 Olympics. She won gold at the 2002 Commonwealth Games in the 100-meter hurdles. She achieved a personal best time of 12.68 seconds in the event in Kingston in 2005. She also won a bronze in the 100-meter hurdles in 2003 at the Pan American Games and a bronze medal in the event at the Commonwealth Games in 2006. Following her participation in her sixth consecutive IAAF World Indoor Championship 60-meter final, Golding-Clarke retired from competition in 2010.

She was a member of the coaching staff at the University of Texas at Austin working as an assistant track and field coach for women’s jumps and hurdles from 2006 to 2011. She was also a volunteer coach at Auburn University from 1999 to 2006, helping the head coach in hurdles and other events and guiding the women’s team to win its first NCAA title in 2006. During her decade as an assistant coach at the University of Texas at El Paso (UTEP) where she was in charge of sprints and hurdle events from 2012, she coached 13 All-Americans, 32 regional qualifiers, 32 C-USA individual winners, and achieved eight school records.

In January of 2022, Golding-Clarke returned to Auburn as Assistant Coach for the Women’s Sprints and Hurdles.