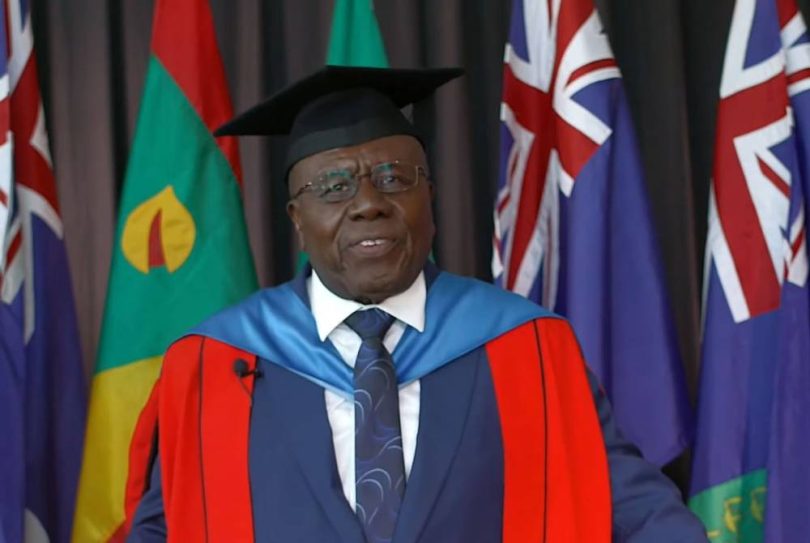 Jamaican comedian and cultural icon Oliver Samuels celebrated his birthday on November 4, 2021, by receiving an honorary Doctor of Letters degree from the University of the West Indies (UWI) Mona Campus at its November 2021 graduation ceremonies. He was recognized for making outstanding contributions to regional and international development.

In the same week, Samuels was presented with a Lifetime Achievement Award from the Consulate of Jamaica in Miami at a birthday party roast on November 6, 2021, attended by Jamaica’s Consul General Oliver Mair. 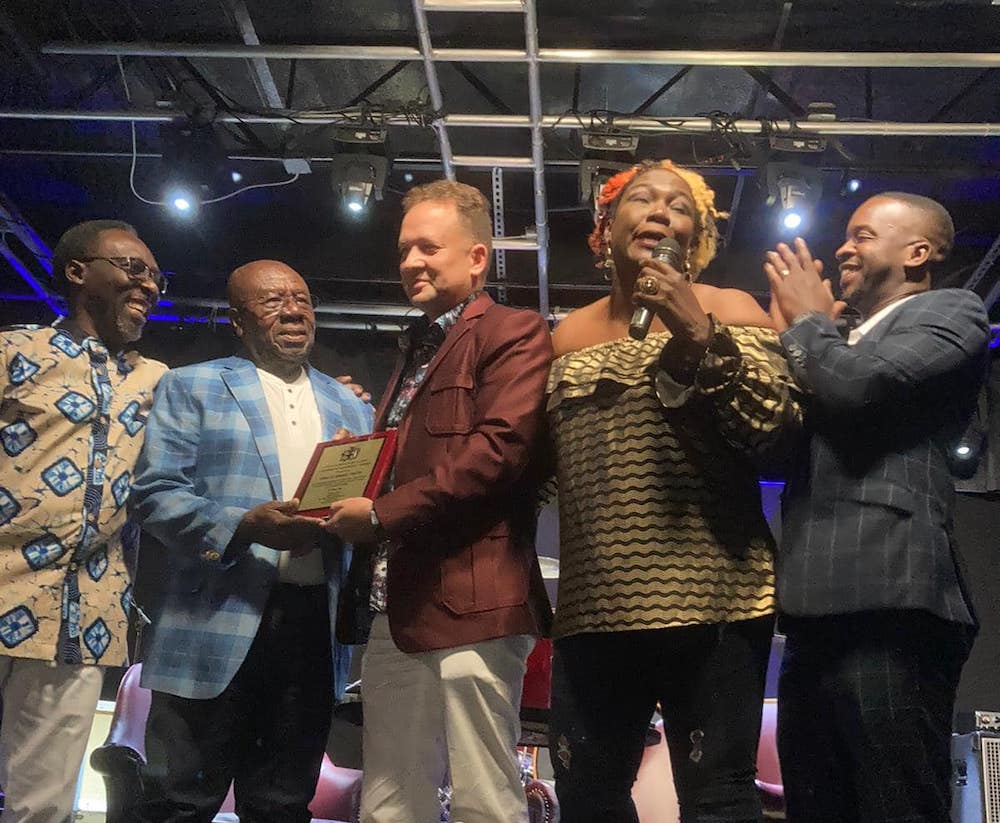 Mair posted about the event to social media, writing, “Tonight I presented Dr. Oliver Samuels with the Lifetime Achievement Award from the Consulate of Jamaica Miami. Please join in congratulating and recognizing this legend!”

Oliver Samuels, the Jamaican comedian and actor often called “Jamaica’s King of Comedy,” was born in St. Mary in 1948. He has been described as Jamaica’s “King of Comedy” and is known overseas as “Jamaica’s Bill Cosby.” He rose to fame on the Jamaica Broadcasting Corporation television series “Oliver at Large.” He has appeared in 13 pantomimes and over 30 other productions, including the BBC series “The Flight Against Slavery” in 1974. He was awarded Jamaica’s Order of Distinction in the rank of Officer Class in 1978, and in 2020, was upgraded to the rank of Commander Class.

While he is best known for “Oliver at Large,” he has combined his theater career with a career in marketing, touring yearly on stage and then returning to his executive position as director and head of marketing and public relations at Mack D’s, a firm based in Kingston. Samuels was also selected by Unitransfer, a wire transfer service, to appear in a series of ads to market its products to the Caribbean community in Florida. Samuels launched “Oliver’s Yaad Cyaad” in which he provides instructions in both Patois and standard English. This is a first for the international calling card industry.

Oliver Samuels has many fans in Jamaica and throughout the Caribbean, and he makes frequent tours through the United Kingdom and North America, playing before the Caribbean expatriate community.