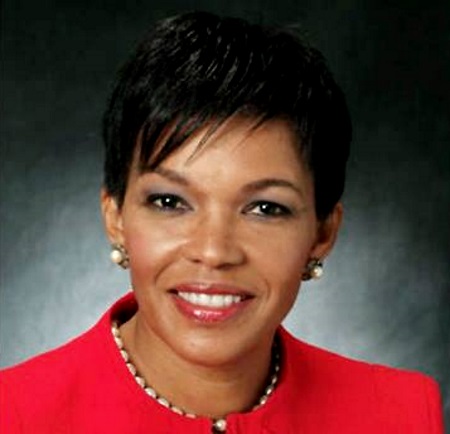 The Jamaican Diaspora continued its important contributions to the home island and resident nations. Jamaicans who live overseas will now be provided with global identification cards. An immigration taskforce was launched to help with immigration issues. The Diaspora was called upon to support island tourism and development. The Diaspora praised former Prime Minister Simpson Miller for her service. Jamaica’s Foreign Ministry took over the Diaspora mapping project. Ethiopia made citizenship for Jamaicans a top priority and also issued ID cards to its Rastafarian community. A monument to African Caribbean soldiers was erected in London, Jamaica’s US ambassador launched a program to link the Diaspora more closely with the home country, and a Canadian university offered a course in dancehall.

Jamaica’s Tourism Minister Ed Bartlett said that the Diaspora represents a “vital component” of the marketing strategy for promoting tourism by the government. In an interview with the media, Bartlett said that the Diaspora is a big part of the island’s market, as well as one of the biggest marketers for Jamaica because people respond to word-of-mouth regarding the country as a destination. He also said that special tourism market packages targeting the Diaspora’s demand should be created by travel agents and tour operators rather than the government, as the government should not interfere with the market. However, he said the government has a role in encouraging specific targeting of the Diaspora, especially its young people.

The Under-Secretary for Diaspora Protocol and Consular Affairs, Ambassador Sharon Saunders, announced that Jamaicans with foreign passports would be allowed to get in the line with residents when they travel through local airports with the new global immigration card. A feasibility student showed how the card would be implemented in preparation for discussion at the Biennial Jamaica 55 Diaspora Conference from July 23-26, 2017, in Kingston. The Foreign Ministry cooperated with the Ministry of National Security and a Diaspora Task Force in the Economic Growth Council for the development of the card.

The Jamaican Diaspora in the United States praised Portia Simpson Miller, the outgoing leader of the People’s National Party (PNP). She had served as leader of the Opposition for over 40 years of service. A number of organizations in the Diaspora, even those of different political affiliations, hailed the service of Simpson Miller, who rose from her humble beginnings to make a place for herself in history as the first woman president of the PNP and the only woman to be elected Prime Minister of Jamaica to date.

In response to actions from the new Republican Administration toward undocumented immigrants in the United States, the Jamaican Diaspora Immigration and Deportation Prevention Taskforce (JDIDTPF) launched officially in the Bronx, New York, on February 24, 2017. Attorney Joan Pinnock, North-East Diaspora Advisory Board member, conceptualized the organization, which consists of 21 clergy, technology experts, immigration and criminal attorneys, and social workers, with the goal of educating Jamaicans in the Diaspora about their immigration rights and the benefits of host country citizenship. According to Pinnock, the mission of the group is to help these people navigate the immigration laws to their benefit, raise the numbers of naturalized Diaspora Jamaicans, reduce deportations of Jamaicans from the host country, and help returning Jamaicans who have been wrongly deported. FOREIGN

The Jamaican Ministry of Foreign Affairs and Foreign Trade will take over the database that has been created via the online Diaspora Mapping initiative. The government will take ownership now that the project, which was designed to collect the location, interests and skills of Diaspora members, has ended. The project was funded by the International Organization for Migration (IOM) and implemented in partnership with the Ministry. According to Senator Kamina Johnson Smith, the Cabinet has approved the signing of an agreement for the takeover of the database’s ownership.

Girma Birru, the Ethiopian ambassador to Jamaica, North America and Mexico, announced that he and the Jamaican government were working to address citizenship issues relating to the approximately 500 Jamaicans who are living in Shashamane, Ethiopia. According to Ambassador Birru, who visited Jamaica for Diplomatic Week, there is no dual citizenship in Ethiopia, but some Jamaicans have been residing there for 50 to 60 years.

The foreign ministry of Ethiopia announced it will issue identification cards to Rastafarians beginning Friday, August 4, 2017. The government recognized the rights of a community that has long described its status as being in limbo, despite its long history in the country. Rastafarians started their immigration to Ethiopia in the 1950s after its Emperor Haile Selassie provided 500 acres of land in the city of Shashamane for the descendants of African slaves who wanted to return “home.” According to Meles Alem, spokesperson for the foreign ministry, the ID cards will allow Rastafarians to have more of the legal rights enjoyed by other Ethiopians, but they will still not be considered citizens.

London unveiled a memorial dedicated to the African-Caribbean soldiers who served in World War I and World War II. About two million African-Caribbean soldiers fought in these wars. The memorial sculpture is located in Windrush Square in Brixton. It is made of two obelisks, each six feet high and having a combined weight of nearly five tons. Sir Michael Fallon, Secretary of Defense, said that the recognition of these soldiers is long overdue. He went on to say that he hopes the memorial will serve as a reminder of the continuing contributions made by the African and Caribbean communities to the United Kingdom its defense.

Jamaica’s Ambassador to the United States, Audrey Marks introduced a program that seeks to connect Jamaican nationals in the US with their home island. The Jamaica Roots initiative will operate from November 5, 2017, to February 4, 2018, and will give Jamaican-Americans the chance to win a trip to the island via monthly draws to be broadcast on Facebook Live. According to Marks, the Jamaica Roots competition is designed to connect Jamaicans to their culture and heritage and encourage Jamaicans’ in the Diaspora to invest time, talent, and resources toward Jamaica’s development. In the pilot program, winners of the competition will get one-week free accommodations at a hotel, or they may stay with family. They will also travel to Jamaica on guided tours, learn family history, and experience the life in the community of their roots. Program applicants must be 21 at the time of travel, have Jamaican roots, have a valid passport, and have resided outside of Jamaica for at least a decade.

Simon Fraser University in British Columbia became the first university in Canada to offer Jamaican Dancehall courses. Mikhail Morris, 28, Jamaican-born dancer and choreographer who is now based in Vancouver, is teaching the first course, which is called “Introduction to Dance Forms: Contemporary and Popular Subject: Dancehall History and Fundamentals.” The course combines theory and dance and was created to discuss the socio-historical elements that inspired the creation of reggae and dancehall music and culture. The fact that the university has developed an actual course on dancehall represents a huge step toward the acceptance of dancehall as a valid art form.