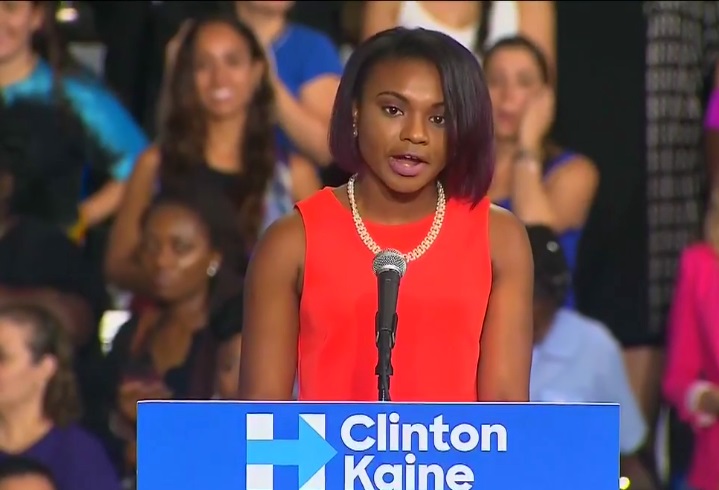 Dominique Nicholson, 20, a winner of the 2016, White House Historical Black Colleges and Universities (HBCU) All-Star Initiative, had the honor of introducing United States President Barack Obama at a rally for Hillary Clinton at Florida Memorial University (FMU) in Miami. Upon hearing that she was chosen as one of the HBCU All-Stars, Dominique said she was “super excited.” She and the other 72 winners are the third class of the White House Initiative students and include graduate, undergraduate and professional students recognized for their achievements in academics, leadership and civic engagement. Dominique, a native of Portland in Jamaica, will represent her university, FMU, and her home country during the year-long program in which students will be ambassadors offering outreach and communication with other students concerning the value of education. The Initiative also serves as a networking source through which students use social media to develop relationships with community-based organizations and participate in sessions with industry professionals. According to the Deputy Under Secretary of Education and Acting Executive Director White House Initiative on HBCU Kim Hunter Reed, the goal of the initiative is to provide unique opportunities for the chosen students to be exposed to important national issues and thought leaders.” The 2016 All-Stars were chosen from more than 300 students from 24 states, the District of Columbia, Nigeria, Ghana and the Virgin Islands. Dominique, who is working on a major in finance, plans to go on to law school after graduation. Her long-range goal is to have an influence on her peers and to encourage them to believe in themselves by providing a good example. President Obama’s goal for the event was to emphasize the importance of the elections in November and to highlight Clinton’s vision for the country as the future president.  A program leading up to Obama’s speech included the participation of cultural, community, and government leaders, including DJ Khaled, recording artist and DJ; Oliver Gilbert, Mayor, City of Miami Gardens; Reverend Carl Johnson, Pastor, 93rd Street Community Baptist Church in Liberty City; Kristle Robinson, junior, Florida Memorial University; Ronnie Duane Smith Jr., R&B singer, Miami Gardens; Barbara Jordan, Commissioner, District 1, Miami-Dade County; Travon Pierre, Field Organizer, Florida Democratic Coordinated Campaign; Patrick Murphy, Congressman (FL-18) and candidate for U.S. Senate; Bill Nelson, and U.S. Senator; Frederica Wilson, Congresswoman (FL-24).