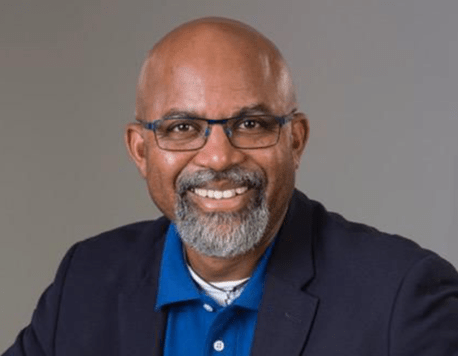 Jamaican Dr. Gary Jackson has been appointed executive director to the Caribbean Center for Renewable Energy and Energy Efficiency (CCREEE). Dr. Jackson has a Ph.D. in Mechanical Engineering and an MSc in Project Management. Both of these degrees are from the University of Birmingham in the United Kingdom. He has also pursued studies under a Fulbright Nexus Scholarship in hydroelectric power and power flow modeling for distribution generation. Dr. Jackson has been involved as an energy consultant with the energy sector in the Caribbean in a variety of capacities. He is the founder and a director of Empowered Caribbean Communities (emPCC), as well as its research unity, the Caribbean Energy Solution Research Institute. Dr. Jackson is also the founder of Electric Vehicles Limited and is actively researching electrical mobility with his own electric car. Prior to his CCREEE appointment, he had leadership roles at Wigton Windfarm Limited and the Center of Excellence for Renewable energy, which is a division of the Petroleum Corporation of Jamaica. Dr. Jackson was executive director of Caribbean Electric Utilities Services Corporation (CARILEC) and a lecturer on the integration of alternative energy at the University of the West Indies (UWI). In Jamaica, Dr. Jackson is a registered engineer (PE) and an associate member of the Jamaica Institute of Engineers (JIE). At the international level, he is a member of the Association of Energy Engineers (AEE), the Society of Automotive Engineers (SAE), and a Certified Energy Manager (CEM).

Dr. Jackson’s appointment to the Barbados-based CCREEE was made as the organization starts activities to position itself to advance the development of renewable energy and energy efficiency in the CARICOM nations. The CCREEE’s work will be under the guidance of an executive board and a technical committee. In addition to the executive director, the Board includes representatives of the governments of Barbados, the Bahamas, Belize, and Dominica, which act as contracting parties; the CARICOM Secretariat, International Development Partners, the Austrian Development Agency (ADA) and the United Nations Industrial Development Organization (UNIDO); SIDS DOCK; and the Council for Trade and Economic Development (COTED).

At a strategic planning meeting of the executive board held in November 2018 after the conclusion of the Caribbean Sustainable Energy Forum (CSEF) VI in Belize, the board agreed to its vision statement, which is ‘Transforming the energy landscape into a climate resilient, sustainable and affordable sector; focused on improving the lives of our people’.

In April 2018, the required ratifications were placed with the CARICOM Secretariat to establish the CCREEE’s legal identity and to make it operational. Once it is in full operation, the Center will seek to improve the quantity and quality of sustainable energy programs and projects in the Caribbean region. The Center will work with the Energy Unit of the CARICOM Secretariat and report to the Ministerial Council for Trade and Economic Development (CCTED). It will provide the energy unit and other local and global partners with requisite technical implementation and executive capacities.