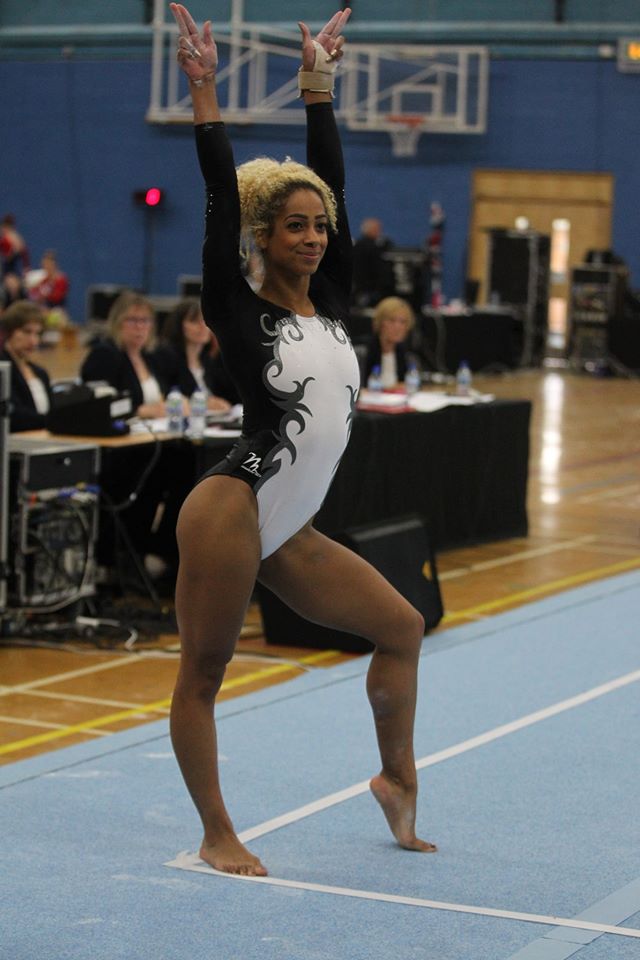 Danusia Francis, a gymnast at the University of California in Los Angeles (UCLA), scored a perfect 10 for her routine at a recent meet. The video of her performance received millions of views, chiefly because she has a unique dismount. According to her coach, Valorie Kondos Field, the fact that Francis has a background in dance makes her routines different from those of other gymnasts. The dismount involves a side aerial in which her body revolves in the air before landing on the beam and then she does a full twist for her floor landing. She first started doing the dismount in response to a “half-dare” from a coach, but then got the hang of it. She was the first college gymnast to complete it at a competition. Francis stands out as a non-white star in a sport populated chiefly by white athletes. Francis was born in Kenilworth and now attends UCLA where she majors in English and has plans to be a television presenter. She has represented Jamaica in world championships and could have a place on the Jamaican Olympic team for 2016.