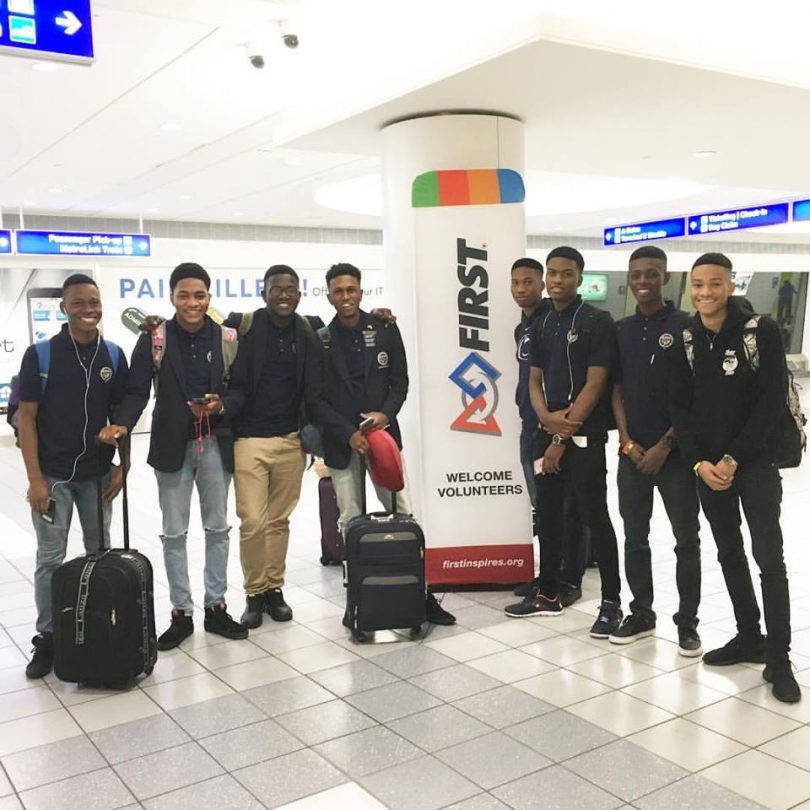 The Jamaica College Robotics Team is participating in the FIRST® Robotics Competition World Championships scheduled for April 27 through 29, 2017, in St. Louis, Missouri. The team is the only one from a Caribbean school. It will represent Jamaica, joining nine other participating countries. Called the “ultimate sport for the mind,” the competition combines the excitement of sports with demanding elements of science and technology. It has been characterized by the high school students participating in it as “the hardest fun you’ll every have.” The competition operates under stringent rules, limited resources, and a six-week time limit in which students must raise funds, design a “brand” for their team, refine their teamwork skills, and build and program industrial-sized robots that can play a challenging field game against like-minded competitors. The competition is as close to a real-world engineering experience as high school students can have. At the end of six-week season, the FIRST Championship competition is held.

Established in 2009 by the New York Chapter of the school’s old boys association, the Jamaica College Robotics Club aims to inspire the young men and stir their interest in the field of technology, from as young as first form.

Make a donation to assist the team with funding.

About the FIRST® Robotics Competition World Championships
The FIRST Championship presented by Qualcomm® Incorporated is the culmination of the season’s FIRST programs, bringing together tens of thousands of students of all ages for the ultimate celebration of science and technology.