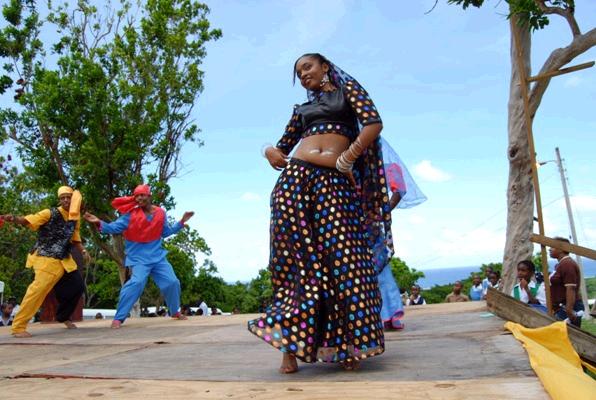 Jamaica celebrates Indian Heritage Day in recognition of the people from the Indian sub-continent who were brought to Jamaica as indentured servants after slavery was abolished on the island in 1834. The first group of Indian people arrived in Jamaica on May 10, 1845, on the S.S. Blundell, which landed in Old Harbour carrying 200 men, 28 women and 33 children to work on sugarcane plantations, banana estates, and livestock holdings. The workers were sent to estates in Clarendon, St. Mary, Portland, St. Thomas, St. Catherine and Westmoreland. According to the terms of the indenture, the workers’ return to India would occur after their completed five years of service. Only about one-third of those brought to Jamaica returned to their home country, however, as benefits promised to them were not provided, and they could not pay for the return trip. Others decided to remain in Jamaica in search of better opportunities or because they had developed relationships they wanted to continue.

The Indian people brought their traditions, beliefs, and culture with them, including their language, religion, music and dance, craftsmanship – many were jewelers – family systems, modes of dress, and their commitment to discipline and hard work. They were somewhat isolated as a result of problems they face because of their cultural difference from indigenous Jamaicans, but many aspects of their culture were assimilated and survived over time. Some of the Indian workers continued to work as laborers, while others became landowners and business people who became part of Jamaica’s larger social makeup.

A plaque was installed in Old Harbour in 1983 to commemorate the site where the first group of Indian people disembarked in 1845.