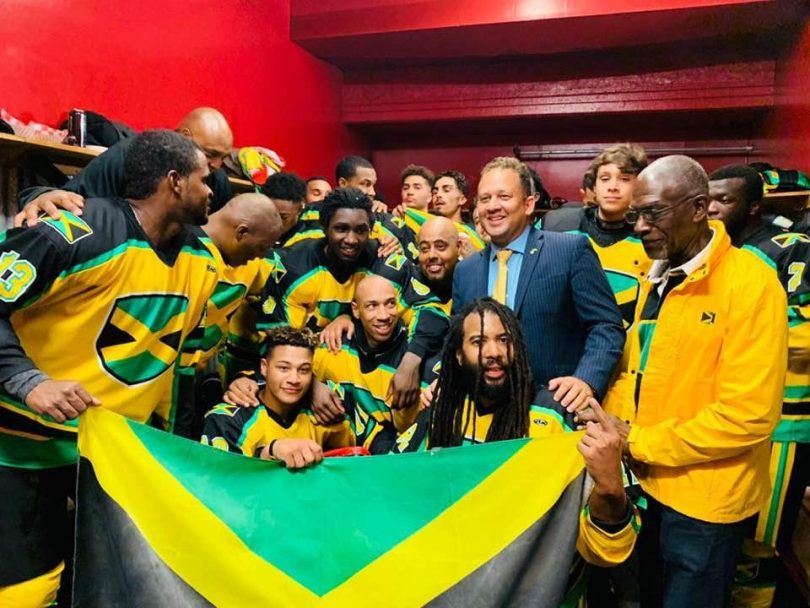 Taking the biggest win in its short seven-year history, Jamaica’s hockey team won the 2019  Amerigol LATAM Cup on September 8, 2019, defeating the defending champion Colombia with a score of 3-2 at the Florida Panthers IceDen stadium in Coral Springs, Florida. The Amerigol Cup tournament included over 400 players and 21 teams in four divisions, Jamaica’s victory raises the teams hopes of playing at the Olympics. The fact that Jamaica has a hockey team surprises some fans, but now the young team has achieved its most prestigious win to date. Commenting on the win, Jamaican forward Jaden Lindo said. “It feels unbelievable, we just made history.” Lindo was chosen in the sixth round of the 2014 National Hockey League Draft by the Pittsburgh Penguins. He added that this was something Jamaica would never forget. The Jamaican team includes players like Lindo who have Jamaican lineage but play hockey for other countries like Canada. Both Jamaica and Colombia have a number of foreign-born players, and neither nation has an ice rink. Each nation wanted to make a point with its participation in the LATAM tournament.

Jamaica wanted to show that its efforts to develop a hockey program that would ultimately lead to its participation at the Winter Olympics and was worthy of financial support. In a situation similar to that of the now-legendary Jamaica bobsled team, the hockey team has been increasing its can base as it becomes better known in the hockey world.

For its part, Colombia left the Amerigol Cup tournament with a win in the Under-18 Division. 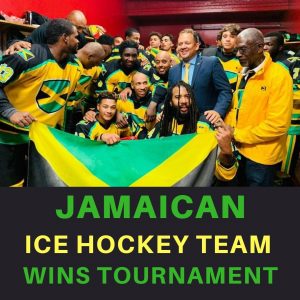