The Heat Could Not Quell The Carnival Atmosphere At The 2017 Jamaican Jerk Festival DC - Jamaicans.com 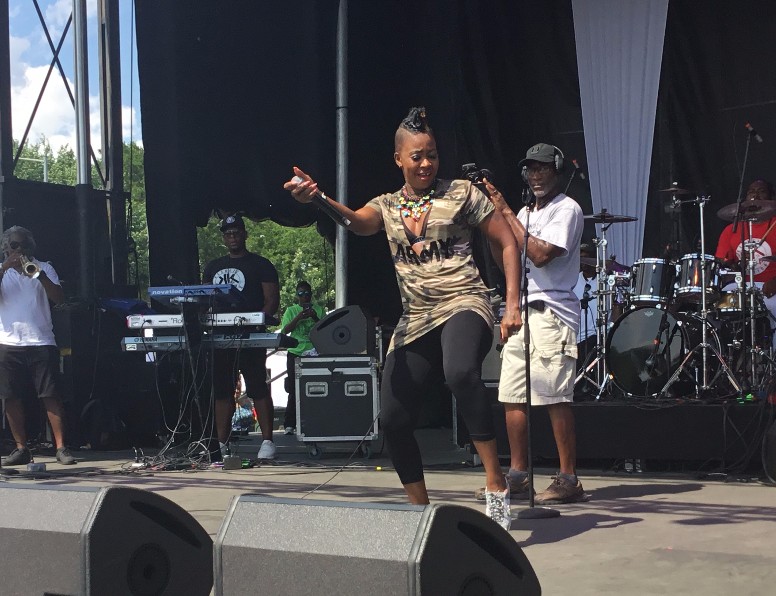 The day began with a heat advisory heat index 101degrees – hazy, hot, and humid. The words of the day -hydration- sunblock- shade. Thousands of people came out to the 2017 Grace Jamaican Jerk Festival in Washington, DC. The aroma of jerk wafted over the stadium grounds, along with frozen drinks, and tropical drinks to cool down. Not even the sun/heat could quell the carnival like atmosphere. The Kids Zone kept the children busy with numerous activities- corn hole toss, bounce, games and more games. 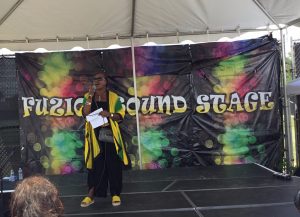 Dr. Sue at the cultural stage at the Jerk Festival Washington DC

There were lots to eat in the Food Court as the food vendors presented the delicacies of Jamaica and the other Caribbean Islands – jerk, roast, boil and fry in every forms. In the Cook-off Pavilion, Chef Ire and Chef Andre Fowles demonstrated and did battles with celebrity contestants. The cultural Stage featured story tellers in an effort to keep the culture alive while sharing native stories. While The Jamaica Tourist Board promoted Jamaica, with raffle trips to Jamaica for lucky winners. 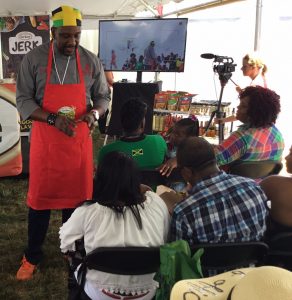 On the main stage, MC Ragashanti kept the program flowing. Bunji Garlin brought the Soca music and the crowd wanting more. Romain Virgo, had the girls affixed on him working the stage with hits after hits. DC’s own radio personality, Tony Carr, introduced the Mayor of DC, Muriel Bowser, who spoke about the inclusivity of DC, “No matter who is in the White House.” During the stage breaks, Ragashanti introduced the DJs – G-Nice, Ricky Platinum and Ablazin. The DJs played hits after hits which had the crowd wanting more after being teased with songs from the likes of Buju, and other dancehall artists. Queen Ifrica took to the stage singing many songs from her new album. She talked about the violence in Jamaica, and pleaded with the people to stop the racist behaviors and for Black men to stop killing each other. She also demonstrated the latest dance moves in Jamaica – ‘Fling Yuh Shoulda’. The Queen brought the house down with her song inspired by Samuel Jackson’s Facebook post – “I Can’t Breathe.” There were lots of Father’s Day shout outs from the various artists. Raga returned to the staged with his Mix Up and Blender (to nice up the place) –“If yuh not getting jerk then yuh getting festival.” The long-awaited guest, Mr. Singy, Singy, Tarrus Riley, took the stage with the likes of Dean Frazier as he raised The Lion Paws his signature pose high in the air. Respect Due, a segmented tribute to the late -Frankie Paul saw Dean Fraser singing the crowd’s favorite, Sarah. Tarrus, had everyone rocking amid the heat while signing -She’s Royal, followed by his new song I love You Just The Way You Are, while he beckoned/ to the crowd in joining him to sing along bringing a close to another year of the Grace Jamaican Jerk Festival.