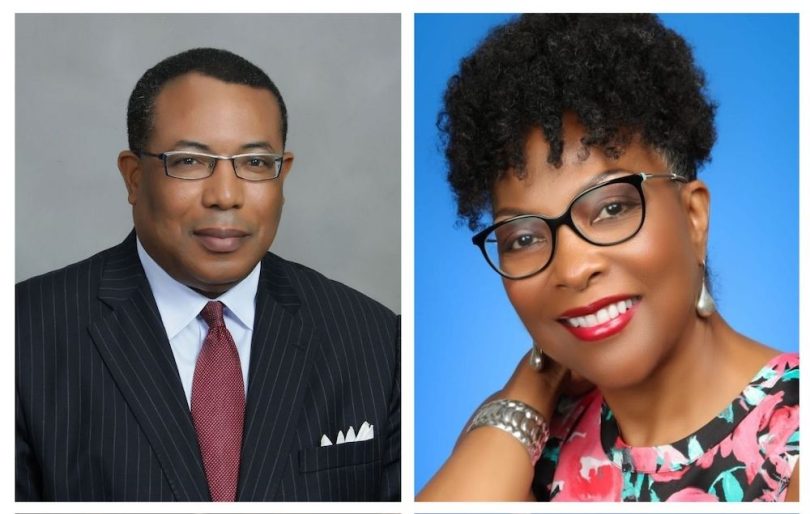 Jamaicans Rosalea Hamilton, the founding director of the Institute of Law and Economics in Jamaica, and Anthony Hylton, an attorney and Member of Parliament in Jamaica, have joined with Benjamin Crump, a prominent American attorney and other renowned civil rights lawyers from around the world in filing an appeal to the United Nations on behalf of Black refugees who are reportedly experiencing discrimination as they attempt to flee Ukraine.

At a news conference hosted by Crump and Jasmine Rand, Professor Hamilton said that Jamaica is waiting for more details of the “horrible experiences” suffered by Jamaican students in Ukraine. She noted that Jamaicans are very concerned about the situation the country’s students are finding themselves in as Russian military forces invaded Ukraine. She said it was “imperative” that the group establish a strong coalition to battle all types of racial discrimination that face people of African descent around the globe. Hamilton said that no one should be fighting for basic human rights in 2022 and the fact that the issue has again become critical reflects the state of the current environment. She proceeded to refer to lyrics from the reggae song “Get Up, Stand Up” by two of Jamaica’s strongest civil rights advocates Bob Marley and Peter Tosh: “We are ready to get, stand up and stand up for our rights,” she quoted.

Hylton said that the world is witnessing Black people of African descent fighting in two wars: one against the Russian invaders and the other against the racial discrimination from Ukraine and Polish law enforcement. He added that the attorney was the UN to hold governments accountable that via policies or practices encourage discrimination against people. He said it was “high time” for the global community and the UN to act as the discrimination experienced by the Black students in Ukraine is not the first time people of African descent are treated in less than equal ways.

Crump noted this is an urgent matter and that the UN should use its power to highlight the issues, “to ring the alarm.” He questioned why the UN has not taken action to support the equal rights of African descendants before now and asked, “How many more guns have to be put to the heads of descendants of Africans, how many have to be told to get off the train or go to the back of the bus before the UN says: ‘This is an urgent matter’?”

The attorneys were responding to an incident in which Jamaicans were on a bus from Lviv to the border with Poland that was attacked by a mob on February 27, 2022, and decided to walk to the border rather than turn back. During the hike, two students feel and one required medical treatment. In another incident, a Jamaican student was reportedly threatened with a gun by a “white Ukrainian” and told to get off a train to Lviv, which split him up from his group and delayed his evacuation from the war-torn country.