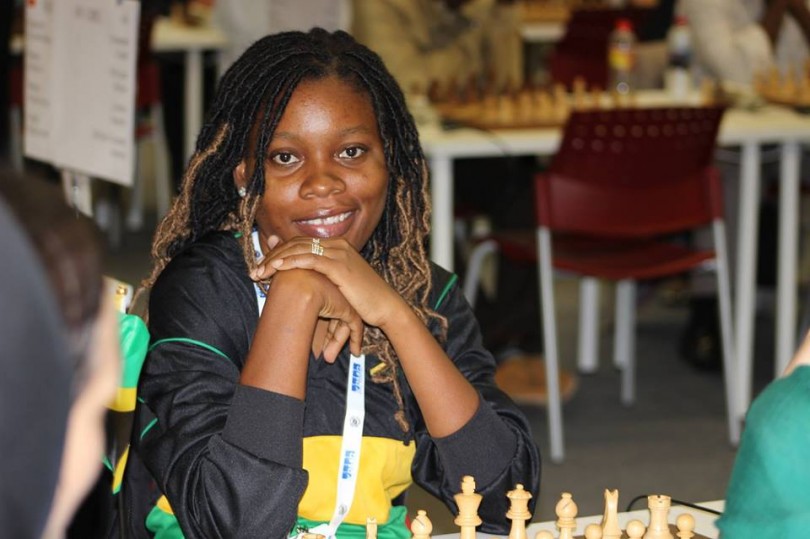 Deborah Richards-Porter, who is known as the Queen of Chess in the English-speaking Caribbean, is the first Jamaican in history to win the Women’s Sub-Zonal Chess tournament. Richards-Porter is a WIM, a Women’s International Chess Master. She won eight of nine games and played to a draw on one for a score of 8.5 points out of a possible nine. Her dominance of the competition was shown in that she won by two clear points in the field of 26 players from around the Caribbean. Richards-Porter is now qualified to play in the Women’s Zonal, a major competition that selects those who will participate in the Women’s World Championship. There were two other Jamaicans at the Sub-Zonal tournament, and both played well. Rachel Miller, Candidate Master (“CM”), scored 6 points and tied for third place, but ranked sixth on the tie-breakers. Ariel Barrett, Woman Candidate Master (“WCM”), made 5.5 points to finish 8th, just missing the Woman FIDE Master title by half a point.