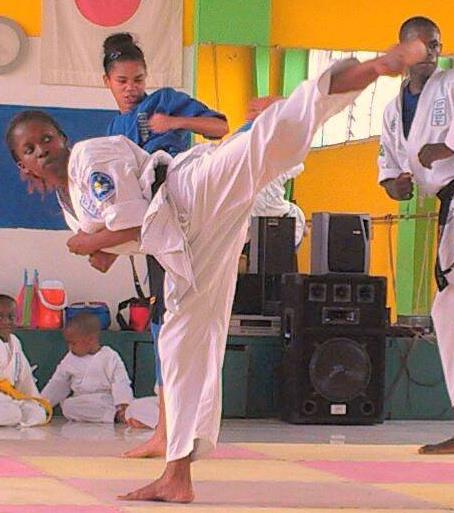 The Jamaican female microweight taekwon-do athlete Marissa Jones scored a victory at the International Taekwon-Do Federation’s Africa Cup held in Addis Ababa in Ethiopia. The Rising Sun Karate fighter beat all her rivals to attain the female black belt title. Competitors included women from Kenya, Ethiopia, Mozambique, Madagascar, South Sudan, Uganda, Djibuti, South Africa, Zimbabwe and Tanzania. Winning the gold medal in Africa represented relief for Jones, who was defeated during the first round of continuous sparring at the International Sports Karate Association’s US Open in July 2016. She was sidelined, watching her teammate Sheckema Cunningham win the division. Jones said she won her title by sticking to her fight plan, and while it was difficult, the results made her feel “elated.” Jones joined Jamaica’s female combined martial arts team five seasons ago and has been a consistent medalist at ISKA competitions and the US Open. Her coach Jason McKay said he always knew she would be a winner, noting that her height and reach would require her to be “really athletic” to succeed in the sport. Jones was one of three female lightweights who made significant contributions to Jamaica’s record number of medals at the US Open; Jamaica won five of 34 golds, two silver, and two bronze medals.