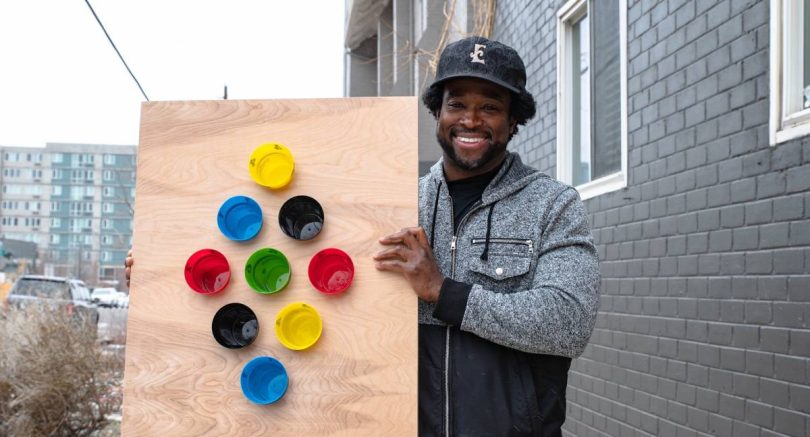 Popongo, a popular game born out of the COVID era by Denver local and Jamaican native Errol Anderson, announced today its official sponsorship of the Jamaican Bobsleigh team. To fundraise for team members heading into the 2022 winter games in Beijing, Popongo founder and CEO Errol Anderson is committing a portion of all game and t-shirt sales with a goal of raising $100,000. In addition to contributing proceeds from the sales, an initial donation was made to the Jamaican Bobsleigh team to kickstart the sponsorship.

“As a Jamaican native, I am fully invested in raising funds for members of the Jamaican Bobsleigh team,” said Anderson. “The stories of the individual team members’ journeys are truly inspirational, and I believe in all they can achieve in the winter games in Beijing.”

“I came to the United States to pursue an abundance of opportunities that I knew awaited me – America is known as the land of opportunity,” said Anderson. “I am honored to use proceeds from Popongo sales, along with an additional donation, to benefit the Jamaican Bobsleigh team and give its members the chance to pursue the opportunity of a lifetime.”

For Anderson, the most meaningful part of Popongo lies within the design of the game, which gives a nod to Jamaica, Caribbean neighbors and African roots by incorporating color representations. The Jamaican flag is black for the people, yellow for golden sunshine and green for amazing, luscious vegetation. The red represents African roots, and the blue signifies the beautiful blue waters and skies that are shared with Caribbean neighbors.

Fundraising commences today and spans until February 4, the start of the winter games in Beijing. To participate, simply purchase a Popongo t-shirt or game online at playpopongo.com and use the code TEAM100K. Popongo t-shirts come in unisex and women’s fits, sizes small through extra-large. The shirts are also available in a variety of colors including red, blue, green, white and black. The Popongo game costs $139 and the shirts coast $34.99. Orders can be broken into four separate payments using Sezzle.

About Popongo
During the COVID pandemic, Errol Anderson, a Jamaican native and Denver resident, reimagined traditional backyard games to bring a fun and challenging lawn game into the market. Anderson’s goal was to introduce a game that would spur friendly competition and provide hours of fun – while playing or spectating. A Black-owned business, Popongo celebrates Jamaican culture with a nod to the Jamaican flag and the Caribbean in its color scheme. For more information, visit playpopongo.com.