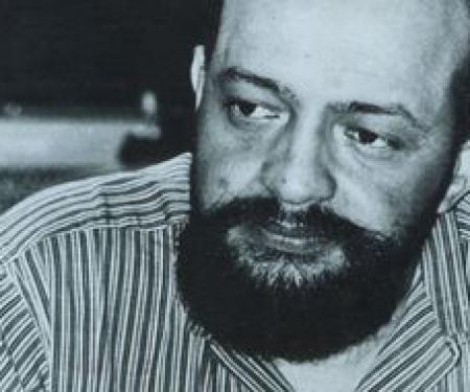 On January 30, 1923, Jamaican-Panamanian novelist, poet, and journalist Felix Andrew Alexander Salkey, known as Andrew Salkey, was born in Colón, Panama. Salkey was raised in Jamaica and moved to the United Kingdom in the 1950s to attend the university. He authored over 30 books during his career as a writer, including novels for adults and books for children. His work also included poetry collections, anthologies, travelogues, and essays.

Salkey’s parents were Jamaican. His father Andrew Alexander Salkey was a businessman. His mother was Linda Marshall Salkey. He was sent to Jamaica at the age of two to be raised by his grandmother and his mother, who worked as a teacher. His father remained at work in Panama. Salkey attended St. George’s College in Kingston and Munro College in St. Elizabeth before moving to the UK to attend the College of St. Mark and St. John. His intellect allowed him to take a central role in a group of writers and thinkers in residence in the Caribbean section of the BBC World Service in London. His programs became a showcase for writers like Sam Selvon and George Lamming, who also lived in London. Both established and new authors were convinced to produce new work for the radio on the Caribbean Voices program, which Salkey frequently headed. Salkey was an early promoter of the writer V.S. Naipaul. While at the BBC Salkey helped with the writing of “My People and Your People” with D.G. Bridson, a radio play about a love affair between a Scottish skiffle player and a West Indian migrant.

Salkey was a member of the West Indian Students Union (WISU), a group that provided a forum for students from the Caribbean to discuss their ideas and support for working-class Caribbean immigrants in the Sixties through their Eighties. The group’s members also included Gerry Burton, Arif Ali, Chris LeMaitre, John La Rose and Horace Lashley.

Salkey taught English as Wentworth Secondary School in southeast London during the 1950s. His first novel “A Quality of Violence,” which is set in a remote Jamaican region in the 1900s, uses Jamaican Patois for its narration. It was first published in 1959, followed by his second novel “Escape to an Autumn Pavement” in 1960/ Also in 1960, he edited one of the first Caribbean short story anthologies, “West Indian Stories.” He received a Guggenheim Fellowship in folklore and popular culture as a result. In 1966, Salkey founded the Caribbean Artists Movement together with John La Rose and Kamau Brathwaite. CAM provided a platform for artists, writers, actors, and musicians from the Caribbean and promoted the region’s heritage.

He served as director of and was a strong supporter of the publishing firm Bogle-L’Ouverture, which was founded by Jessica Huntley, who was born in Guyana and (together with Louis James, John La Rose, Marc Matthews, Mervyn Morris, Jason Salkey, Anne Walmsley, Eliot Salkey and Ronald Warwick) organized a two-day event called “Salkey’s Score” Held in 1992 at the Commonwealth Institute. The event celebrated Salkey for his work in London during the Sixties and Seventies with the Caribbean Artists Movement, as well as his journalism at the BBC, and his contribution and promotion of teaching Caribbean writers in the school. He was also feted for his efforts to emphasize the importance of the relationships with Africa for personal and communal Caribbean identity.

The Andrew Salkey Memorial Scholarship was established at Hampshire College to recognize students who show talent and promise as authors. Salkey’s retelling of “Anancy” stories has been cited as an influence on the generations following him to appreciate their African heritage. During the latter years of his career, he was a professor of creative writing at Hampshire College in Amherst, Massachusetts and a lifetime writer-in-residence there. He died in Amherst in 1995.