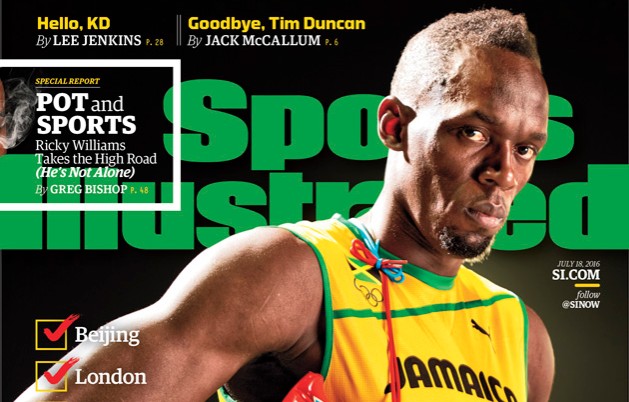 Sports Illustrated magazine has featured Jamaica’s Usain Bolt, six-time Olympic champion and fastest man in the world, on its cover just weeks before he competes at the 2016 Olympic Games in Rio de Janeiro. Although Bolt withdrew from the Jamaican Olympic trials on July 1 due to a tear injury to his left hamstring, he was selected to the Jamaican national team on a medical exemption. According to Tim Layden of Sports Illustrated, Bolt plans to push past his injury in a bid to win three more gold medals in Rio to cap his outstanding career.

Time Inc.’s Sports Illustrated is the preeminent journalistic enterprise covering the world of sports both on and off the field. Debuting in 1954, SI has garnered worldwide acclaim for its award-winning storytelling born from an independent voice and unparalleled access to the most popular athletes and newsmakers from the sports world. This is the underpinning of the franchise, which now boasts a group of best-in-class consumer products and platforms reaching more than 73 million. The Sports Illustrated Group features the most-read sports magazine, a top 10 sports digital network and marquee franchises—Sports Illustrated Films, TheMMQB.com, the FanSided Network of websites, Sports Illustrated Swimsuit, Sportsperson of the Year, the SI Golf Group (Golf magazine, Golf.com, SI Golf +), Extra Mustard and Sports Illustrated Kids.