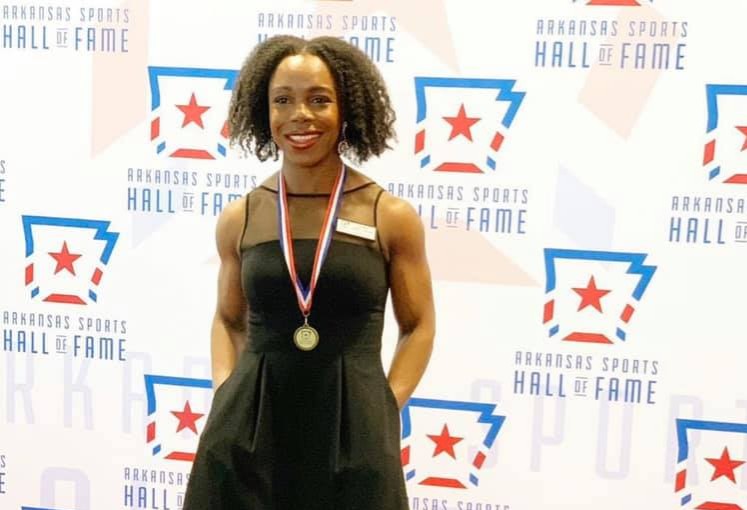 Remembering her childhood in Jamaica, Campbell-Brown, often referred to by her initials VCB, said that she had always been fascinated by what she called the “fun factor” in running. She recalled having so much fun in running that she wanted to find a way to include it in her daily activities. She remembered racing both girls and boys “from point A to point B, noting that she always got to the destination first.

Campbell-Brown’s list of achievements include being named All-American four times at the University of Arkansas and the winner of eight medals at the Olympic Games as a representative of Jamaica. She is only the second woman in history to win two consecutive Olympic 200-meter contest, receiving gold in 2004 and 2008. In 2007, she won the 100-meter event at the World Championships, then went on to win the 200-meters at the competition in 2011. During her career, VCB won 11 World Championship medals, five of them at the Commonwealth Games, two at World Indoor Championships, and one at World Relays. A former student at Vere Technical in Jamaica, VCB achieved personal best times of 10.76 seconds in the 100 meters and 21.74 seconds in the 200 meters.

Veronica Campbell-Brown expressed her gratitude in a post to her Facebook page that read, “I am honored to be inducted into the Arkansas Sports Hall of Fame, and to join so many great inductees whose achievements and contributions brought honor, fame and prestige to the state of Arkansas. Thanks again @arkansassportshalloffame for this prestigious recognition.”