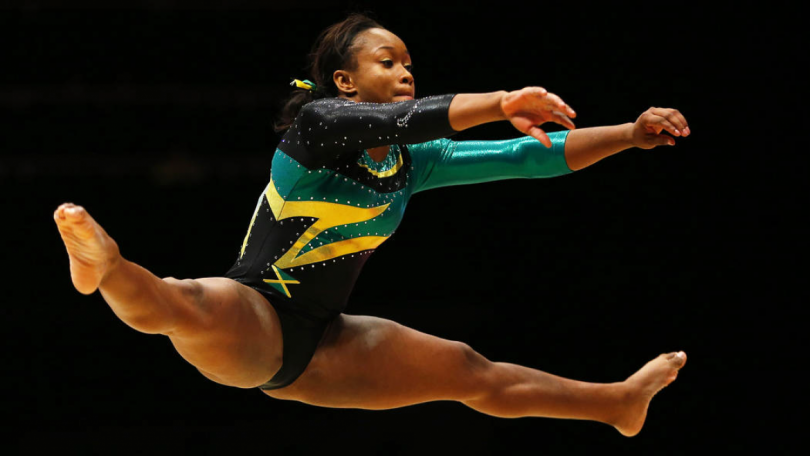 Toni-Ann Williams, a 2016 Jamaican Olympic gymnastics athlete, suffered an injury that keeps her from competing for the University of California at Berkeley during the 2017 season, but she is determined to prove her value to the team and to serve as a role model for Jamaica’s national gymnastics program. Williams was born in Maryland; her parents are Jamaican. She became the first Jamaican gymnastics Olympian when she participated in competitions at the summer games in Rio. Previously, she competed in the 2011, 2013, and 2015 World Champions, but experienced an injury to her Achilles’ tendon in February 2017 that ended her ability to compete for the year. In an interview with International Gymnastics magazine, Williams said she was doing well in what she expects will be a long recovery period and enjoyed cheering on her team, although it has been difficult for her to be sidelined for the season. “A few weeks ago I had a breakdown. I just cried. I don’t know if it was mourning or grieving over something you have taken away from you, but once I went through that, I realized that it will get better from here,” she said. Williams hopes to begin training again by the end of the summer, and once she graduates, she plans to train internationally and continue competing for Jamaica. Williams is also interested in supporting and improving the gymnastics program for children in Jamaica, taking seriously her position as a role model for them. She is proud of making the milestone for Jamaica that her Olympic participation achieved.