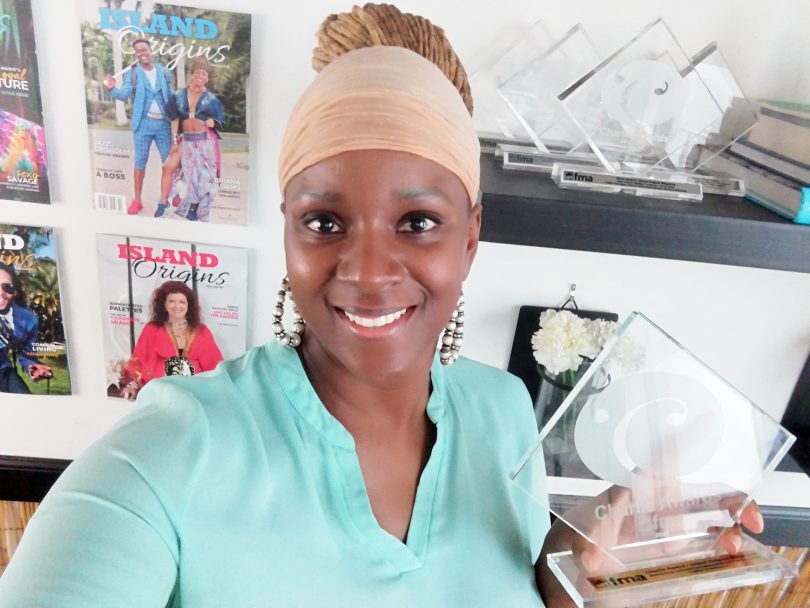 Caribbean-American lifestyle quarterly Island Origins Magazine can now boast six lifetime wins, after snagging two new Florida Magazine Association awards this July. The wins mark the publication’s first gold placement, and fourth silver trophy, emblazoned with the Charlie Awards insignia. The honors are revered because they recognize the best among all participating magazines in the state of Florida.

“For Health and Strength,” a revealing opinion piece on the importance of care for our own mental health, by publisher Calibe Thompson, won Island Origins its first Charlie (gold) award, making it first among all state submissions. The personal insight earned the judges’ comment, “Brava for opening the curtain to her own struggles and tying them seamlessly to the magazine’s content and cover story.” 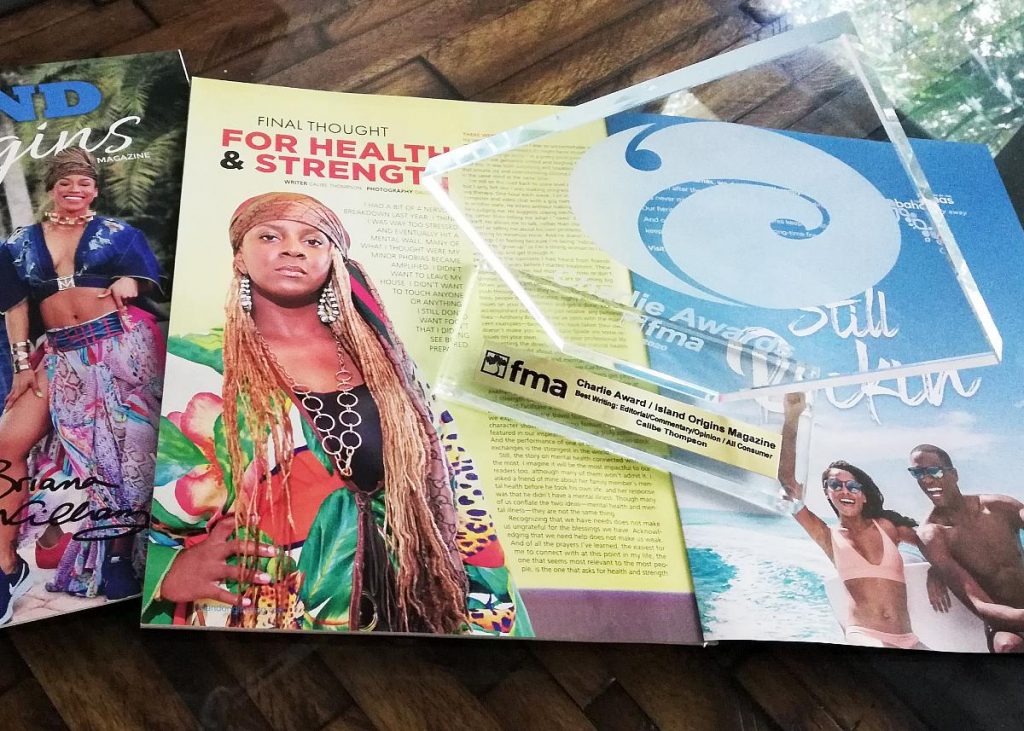 The magazine won its fourth silver award for Best Overall: Writing in the category of consumer magazines printing 20,000 units and under. This award is a testament to the work of the entire editorial team.

Known as the Charlies, the annual awards are the Florida magazine industry’s top prize, and were presented virtually on Friday, July 24, 2020. Honorees are chosen by a group of leading writers, editors, designers, and educators outside of the state. 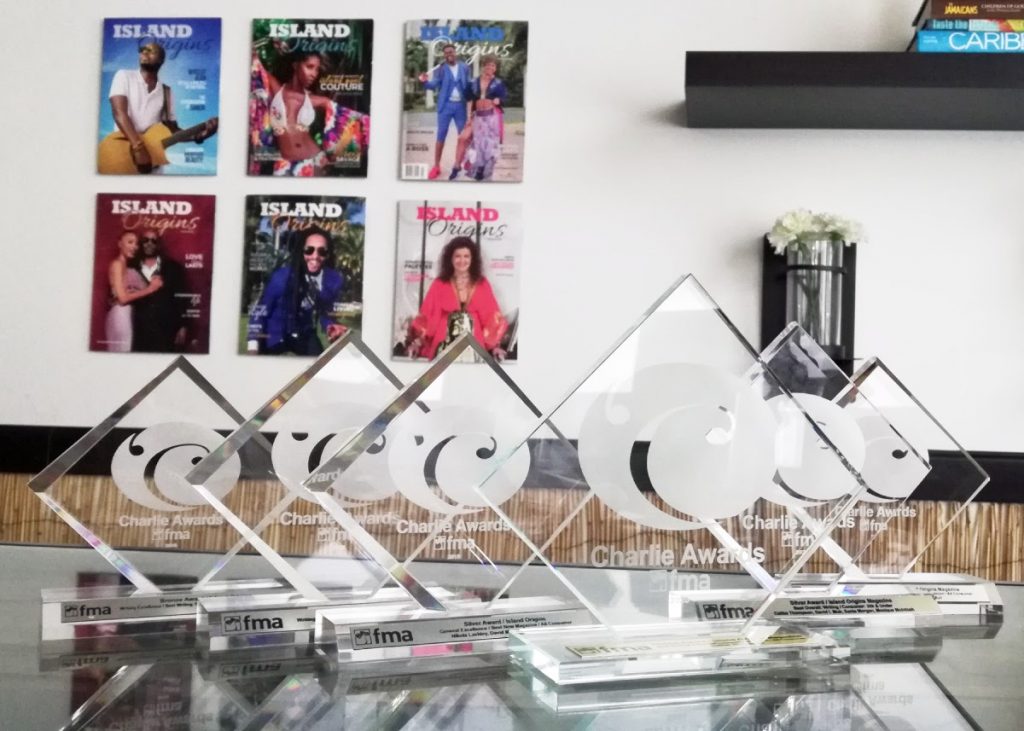