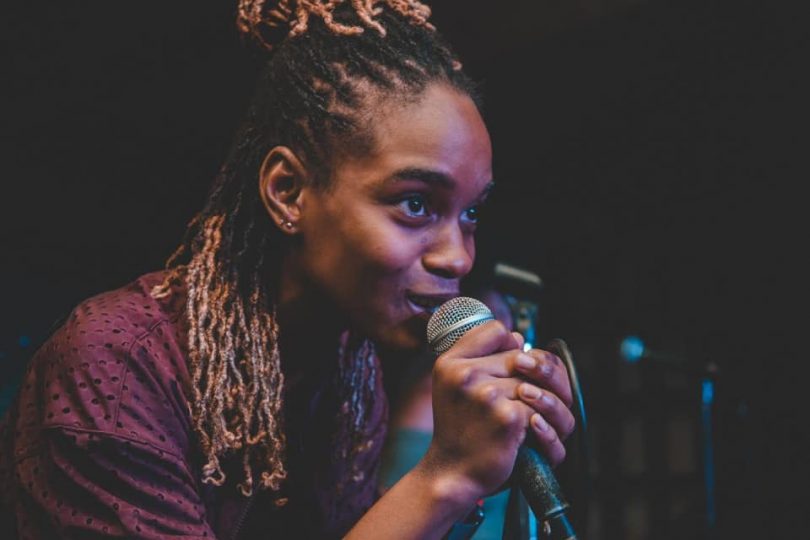 At age 19, Jamaican singer Koffee is the youngest artist to head the Billboard reggae charts. Her first EP “Rapture” debuted at Number 1 on Billboard’s Reggae Album Chart, as well as taken the top ranking on iTunes Reggae Chart, a place that reggae legend Bob Marley has held, off and on, for a long time. Koffee’s “Rapture” project includes five tracks, three of which were previously released – “Toast,” “Throne,” and “Raggamuffin.” – and two of which are new – “Blazin” and the title track ”Rapture.” “Blazin” features Jane MacGizmo, who has been called the “poetic author of Jamaican music.” Koffee has described her EP as a “kind of fresh and new vibe,” and she noted that she was excited about its release as this was her first chance to present herself to the world on an extended play. She believes this represents a “huge milestone” in her career. Koffee said her favorite song on the EP is “Rapture.”

Koffee was born Mikayla Simpson on February 16, 2000, in Spanish Town, Jamaica, outside of Kingston. Her mother raised her alone, as her father moved to New York when Koffee was just an infant. The singer has said that her mother struggled so she didn’t have to, working as an actress and for Jamaica’s Ministry of Health where she gives sex education and “body-positive” talks to young people. Koffee’s mother sheltered the future reggae star from much of the violence suffered by their community. She attended Ardenne High School, and while she was able to avoid explicit scenes of violence, the socio-political challenges facing Jamaica are addressed in her music, a feature that helped to shape her art. Much of her music, she says, is about entertaining people while focusing on the nation’s problems at the same time so that they can be part of the solution.

Her name, Koffee, stems from a time when she ordered coffee on a very hot day when everyone around her was drinking sodas. She started her musical career as a child singing in church. At age 12 she taught herself to play the guitar on an instrument loaned to her by a friend. She was inspired to begin writing lyrics by the reggae artist Protégé, and in 2016, she “accidentally” auditioned for her school’s talent show at the urging of friends. “I had no idea it was an audition until my name got called over the intercom.”

Interest in her work and her following continued to build and in 2017 she moved to Upsala Records’ Ouji Riddim, which was popularized by legendary reggae artists Busy Signal and Luciano. Her first hit was “Burning,” and she has released five singles to date. In 2019, reggae artist Cocoa Tea brought Koffee on stage at the Rebel Salute festival, and her idol Protégé asked her to perform with him as well. Chronixx, one of the biggest contemporary reggae stars in Jamaica, invited her to join him on Seani B and Mistajam’s Xtra shows broadcast from Big Yard studios in Jamaica.

Koffee describes herself as “somewhere between” a singer, a rapper and a deejay. Some of the artists who have influenced her in addition to Protégé include super Cat, rapper Smino, and UK rapper Giggs. And while reggae is her focus at the moment, she sees herself doing many different things in the future. “I want to try it all.” She also says she wants to bring positive things into the world and isn’t focused on the material aspects of her own success. “My personal success could be ten cars and a big house but that doesn’t influence many people other than myself and the people around me who that benefit from that. I want to be a positive movement and make a positive movement, at the same time. I want to bring vibes and positive change. I want to impact the world.”