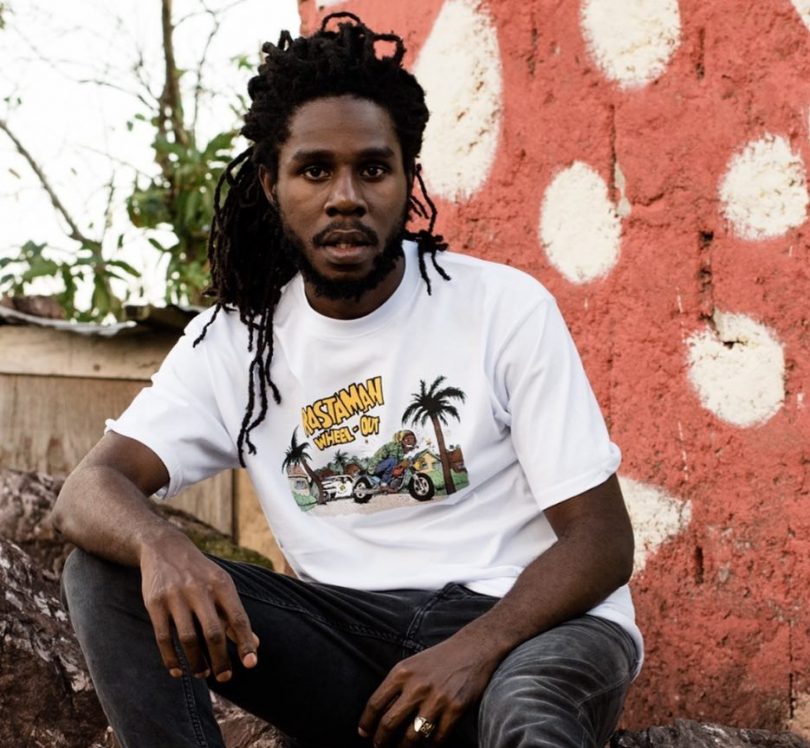 On October 10, 1992, Jamar Rolando McNaughton, the reggae artist better known as Chronixx, was born in Kingston, Jamaica. The name “Chronixx” is the replacement for the name “Little Chronixx,” which he was given as the son of the singer named “Chronicle.”

His father saw that his son had musical talent and brought him into the studio where he met reggae singers like Gregory Isaacs and Burro Banton. The music of Chronixx has been labeled as “Reggae Revival,” a musical sector that includes musicians like Dre Island, Jah Bouks, Jah9, Protoje, Kelissa, Jesse Royal, Keznamdi and Kabaka Pyramid. His lyrics refer to anti-war sentiments, declarations of romantic love, and the topic of resiliency.

Chronixx began his songwriting career at an early age, with nurturing support from his father who encouraged his musical aspirations. His first song was “Rice Grain,” which he wrote at the age of five. Describing his childhood days, Chronixx says that he used to sing at school and at church and noted that his entire family sings. His professional career began in high school when he began producing and “making riddims,” he said.

Chronixx attended St. Catherine High School in Spanish Town and began recording at age 11 with a gospel music track produced by Danny Browne. He then sang harmony vocals for artists including Lutan Fyah and started production work. He created rhythms used by Konshens and Munga Hornourebel for Mavrick Records. By age 14, Chronixx produced and built riddims, including the Freezer riddim for Ice Box Records. The death of his brother in 2009 prompted him to write with Romaine ‘Teflon’ Arnett of Zincfence Records.

His popularity increased in 2012 as he received considerable airplay in Jamaica and performed at festivals including Reggae Sumfest and a show at Tracks & Records, Usain Bolt’s nightclub in Kingston. He was then featured on a mixtape curated by Major Lazer called “Start a Fire.” In 2013, Chronixx released the hits “Smile Jamaica” and “Here Comes Trouble.” He did a tour of the United Kingdom, which included a BBC1Xtra concert in Leeds, as well as the United States with his Zincfence Redemption Band. Chronixx traveled to Kenya where he has many fans as a Peace Ambassador in March of 2013, performing at the Tuko Rada Peace Concert in Nairobi during the country’s general election.

On April 1, 2014, Chronixx released his EP “Dread & Terrible,” which rose to the top of the Billboard Reggae Album Chart the week of April 18. After appearing on “The Jimmy Fallon Show” on US television and performing a concert in New York’s Central Park, the EP made significant gains and earned a Number 2 spot on the Digital Reggae Singles Chart. By March of 2015, the EP had been in the Top 10 of the Top Reggae Albums chart for 42 weeks in a row. 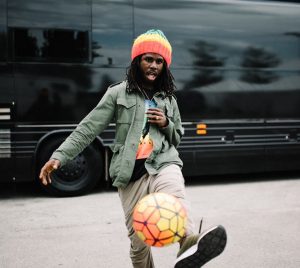 Chronixx won the Culture Artist of the Year, Best New Artist, and Entertainer of the Year at the Linkage Awards in New York in May 2014. In September 2014, he received a nomination for a MOBO Award in the Best Reggae Act category, and in October of that year, he won the awards for Best Song (“Smile Jamaica”) and Best Music Video (“Here Comes Trouble”) at the 33rd International Reggae & World Music Awards. He also created his own production house, ZincFence Records, with producer Romain “Teflon” Amett and co=producer and engineer Ricardo “Shadyz” Lynch. The company has produced hits by Jah Cure, Kabaka Pyramid, and Protoje, and had worked with Maverick Sabre, Mavado, and Nomaddz.

Chronixx appeared at the Glastonbury Festival in the UK in June 2015 in partnership with EE where his set was described as a highlight of the festival. The  2017 debut album, Chronology,” won a Grammy Award nomination. In 2015, Chronixx also received a Prime Minister’s National Youth Award for Excellence.