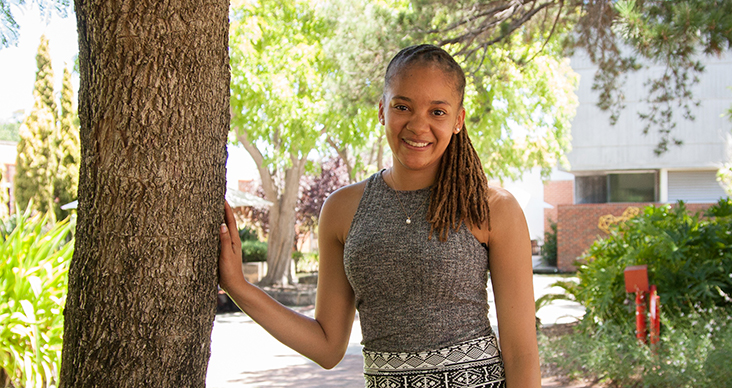 Jamaican Samantha-Kaye D. Johnston, a social outreach coordinator, and education researcher was selected to receive a research grant from the Jacobs Foundation and Universitat Bern that allowed her to travel to Switzerland to present her research. The University of Bern Graduate Research School is known for its work in the development of theoretical perspectives in psychology. The Jacobs Foundation sponsors projects concerning youth and child development. Under the grant, Johnston attended a summer school in Weggis, Switzerland, Johnston, who is a doctoral candidate at Curtin University Perth in Western Australia, was one of just six awardees chosen from applicants around the world to become part of the school’s maximum number of 30 PhD-level participants. The grantees received an all-expense-paid travel award to the gathering, which provided in-depth interactions with experts in the field of cognitive control. The Swiss Graduate School for Cognition, Learning, and Memory summer school ran from June 19, 2017, to June 22, 2017. During that time, researchers heard keynote speeches from four internationally recognized experts in the field of cognition, learning and memory. Johnston expressed her gratitude to the Jacobs Foundation and the University of Bern for the “very generous” grant and noted that it was a great honor to be invited, as one of six awardees, to have the chance to present her research on “my auditory attention network task” to international experts. She also expressed “a sense of pride” in knowing that researchers from the United States, Australia and Europe are “interested in the task.”