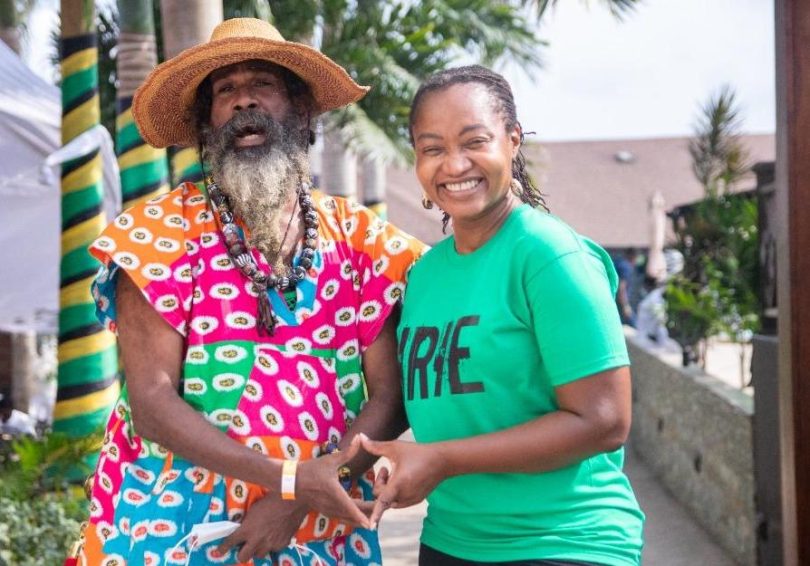 The JamRock Jamaican restaurant in Ghana is planning a week of celebrations to honor the 60th anniversary of Jamaica’s independence and also the island’s Emancipation. The event is billed as the Emancipendence Jerk Festival.

Raphael Emanuel, originally from Constitution Hill in St. Andrew, and his wife Elizabeth from Ghana, own the JamRock Restaurant & Grill, which offers their unique combination of traditional ingredients like pimento, scotch bonnet pepper, and scallion to provide “a piece of tasty Jamaica’ to diners in Ghana. 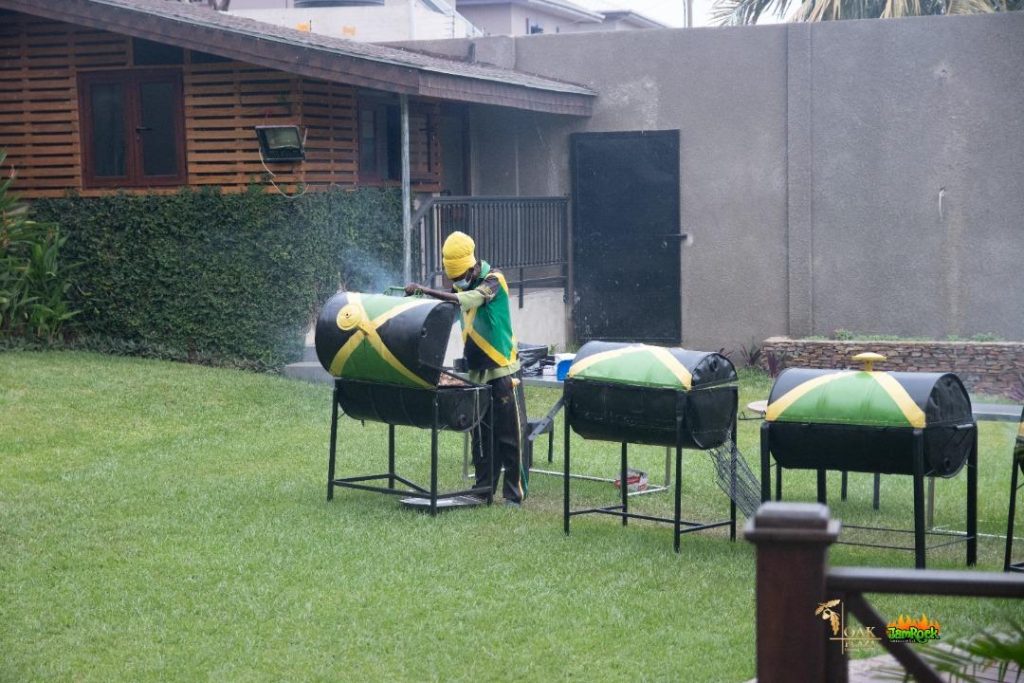 Elizabeth said, “As the premier restaurant showcasing Jamaica in Ghana and West Africa, JamRock prides itself on promoting the similarities between our cultures through food, music, and lifestyle. Due to our close ties with Jamaica, it is both our responsibility and honor to celebrate Emancipation and the illustrious occasion of our 60th Independence.”

Beginning on August 1 and running through August 7, 2022, JamRock will feature a different themed event each night, including a guest performance by Expiode, the 2021 VGMA Reggae/Dancehall Artist of the Year and Best Performer of 2022 on August 5th at the Oak Plaza Hotel at the East Airport, and a live Independence Day Concert performance on August 6th by Eric Donaldson at the same venue. 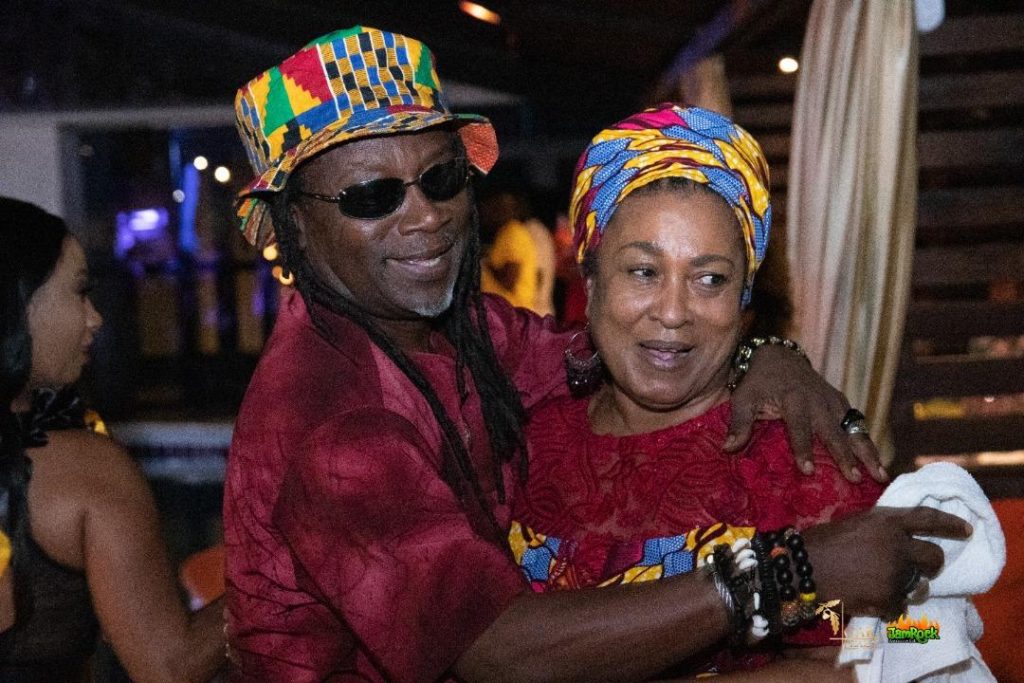 Eric Donaldson was born near Bog Walk, Jamaica, in 1947 and first recorded at Studio One in 1964. He formed the group “The West Indians” in the 1960s, which had a hit with “Right On Time” produced by J.J. Johnson and recorded with Lee “Scratch” Perry. Donaldson then pursued a solo career and submitted the song “Cherry Oh Baby” to the 1971 Jamaican Festival Song Competition and won. The song has been covered over 30 times, including by the Rolling Stones and UB40. Donaldson went on to win the Festival Song Competition a total of six times: in 1971, 1977, 1978, 1984, 1993, and 1997. His entry, “Land of My Birth,” was voted the most popular song winner in the history of the competition.

The events planned for the celebratory week include “All You Can Eat Meat” on August 2, “Fashion, Wine, & Sax” on August 3, “Jamaica vs. Ghana Trivia and Games” on August 4, “Jamaica 60 Live Reggae Night” on August 5 featuring Expiode and fireworks at midnight, the “Independence Day Market” on August 6 beginning at 10 am at JamRock and a live Independence Day concert by multi-Festival-Song award winner Eric Donaldson at 8 pm, and on August 7, a “Dancehall Dance Class” at JamRock with Deziya starting at 1 pm and “Jamaican Movie Night: Ghetta Life” in the evening beginning at 8 pm. 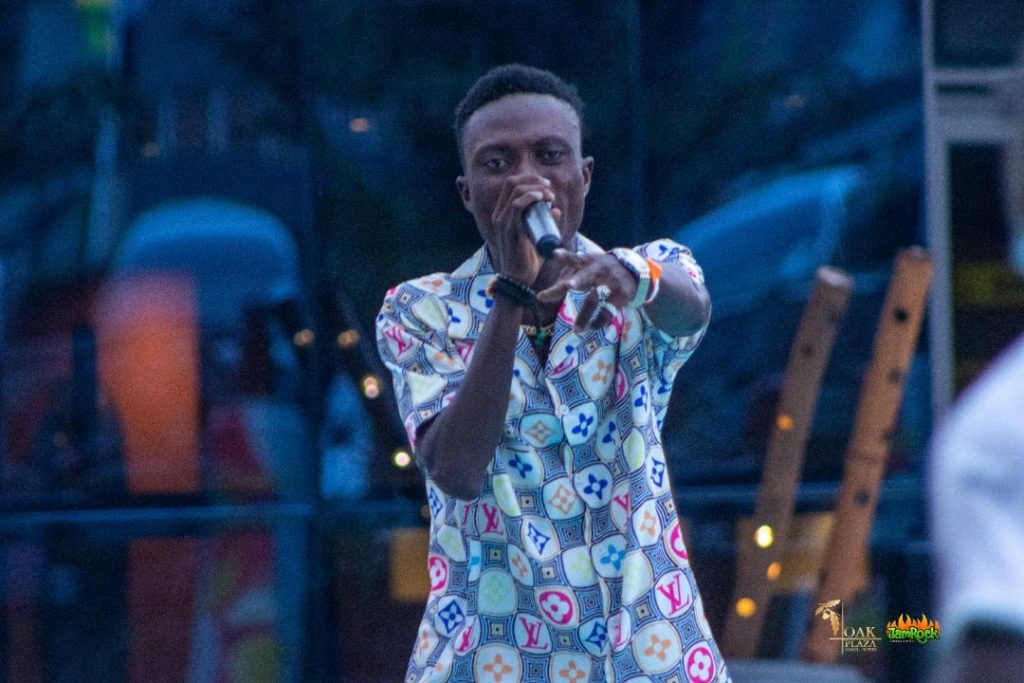 JamRock Restaurant & Grill serves its authentic Jamaican and Caribbean flavors in a relaxed and serene atmosphere and features jerks, curries, stews, wraps, salads, and desserts along with a well-stocked bar providing mojitos, rum punch, and cocktails created by its expert mixologists as well as tropical beverages like sorrel and soursop.