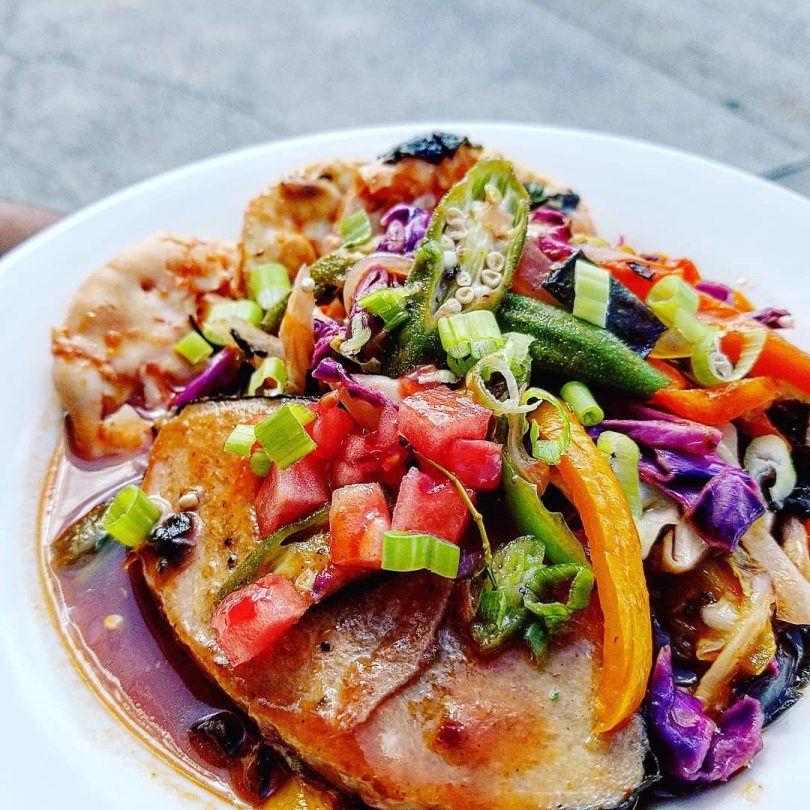 DaJen Eats Cafe & Creamery, a Jamaican restaurant located in Eatonville, Florida, has been ranked at Number 11 of the Top 25 black-owned vegan restaurants in the United States for 2020. In 2018, it was named as the Best Caribbean Restaurant in Orlando. It features Jamaican Jerk BBQ, Jackfruit Sliders with a slaw made of broccoli and pineapple, and “Honey” Ginger Chipotle Cauliflower Bites. The flavorful dishes are served in a bright and colorful café environment. DaJen Eats is self-described as the “home of the happy vegan” and devoted to living the Irie life.

Its recipes all include a special Jamaican flair. DaJen Eats has expanded to provide dairy-free frozen treats, shakes, and sundaes that feature its own Irie Cream. The restaurant’s owner Jenn Ross transformed what had been a storage space into a dining experience that reflects her enthusiasm. Her philosophy is reflected in a quote by author Zora Neale Hurston, a native of Eatonville, that is displayed on a wall of the venue. The quote reads, ”Mama exhorted her children at every opportunity to ‘jump at the sun.’ We might not land on the sun, but at least we would get off the ground.” The venue also features a wall-sized mural of a woman with a basket balanced on her head, which represents Ross’s grandmother, who was a fishmonger in Jamaica.

The ranking was compiled by the website vegnews.com, which listed eateries from Los Angeles to New York, demonstrating the popularity of vegan cuisine and showcasing the fact that it goes far beyond quinoa and tofu. Communities of color across the US provide vibrant, unique, Afrocentric dishes as this population sector is moving to reduce its consumption of animal products faster than any other population demographic. The restaurants on the list feature a new generation’s love for plant-based foods flavored with their own special ethnic flair.