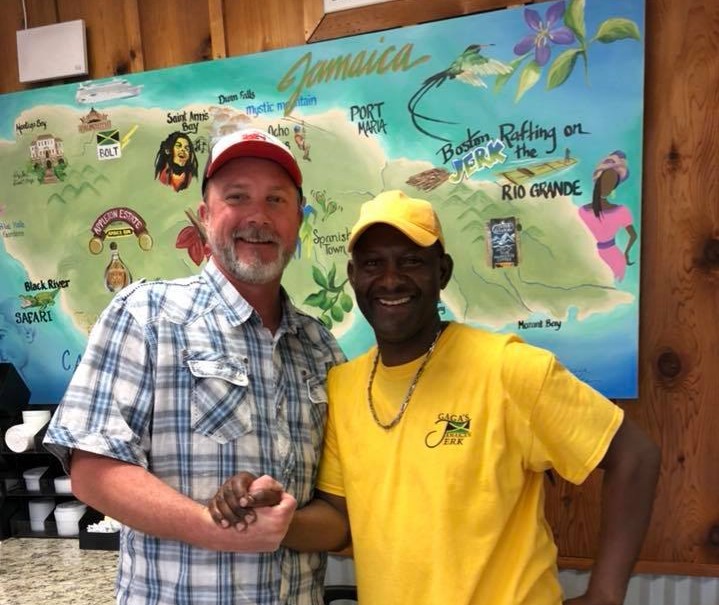 GaGa’s Jamaican Jerk restaurant held its grand opening in Longview, Texas, on April 27, 2018. The ceremony featured complimentary food tastings, a mobile disc jockey, and ribbon-cutting by the Longview Chamber of Commerce. According to owner and Longview resident Owen Glave, the idea for the restaurant was inspired by the positive responses he received after serving Jamaican cuisine at his home and church. Currently, Owen works as a management consultant, and his wife Helen Daniel Glave, is a doctor. GaGa’s will feature chicken and pork dishes slow-cooked in the open air in a jerk, which is similar to a barbeque, Glave explained. The restaurant will have seating for 50 diners and plans to hire eight to ten employees. If the restaurant “catches on,” Grave said, he plans to open another restaurant next year in East Texas. Grave did a major remodel of the restaurant’s space, replacing the floors and adding numerous cosmetic improvements. The Glaves have three children, Kyle who is 16, Javier who is 10, and Gianna, age seven. They have made their home in Longview for seven years. As natives of Jamaica, they take “great joy and honor” in bringing their home island’s cuisine and culture to Texas. The restaurant’s name was inspired by the first name Gianna gave to her father. When he began jerking chicken, the Glave children all began asking for “Gaga”s famous Jamaican jerk,” and it was only a matter of time before they shared their Jamaican culture’s savory flavors with their new hometown.