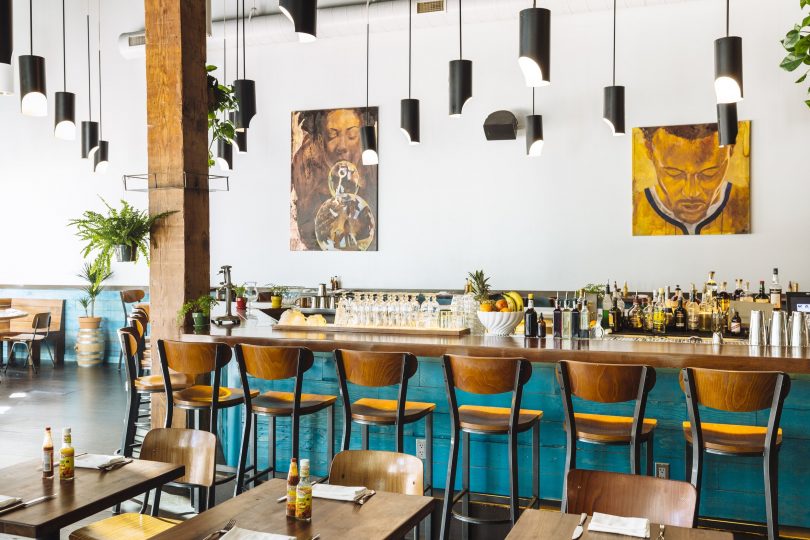 Chef Nigel Jones has opened a new Caribbean restaurant, Kaya, in partnership with Daniel Patterson in the San Francisco area. Kaya opened on January 11, 2018, in the space on Market Street formerly occupied by Patterson’s Alta. Jones moved rapidly to open the new restaurant, which was just an idea only a month before, with its menu inspired by Jones’ Kingston 11 restaurant in Oakland.

Now that things are established, the dinner menu at Kaya features small and large plates. Starters include salt fish fritters with chimichurri, grilled wild Gulf shrimp, and fried plantains with black bean sauce and sour cream. The large entrée choices include jerk chicken with plantains, rice and peas; black pepper crab; and oxtail stew. The drinks menu is provided by the Alta Group’s beverage director Aaron Paul and includes a number of unique cocktails made with rum, coconut, and pineapple.

The new Kaya restaurant offers a boost to the Caribbean dining category that is currently under-represented in San Francisco, generally celebrated for its diversity in foods. And since Jamaican food appears to be a focus of the national restaurant scene, Kaya is a welcome addition. According to Jones, a restaurant entrepreneur, one of his goals is to have the new venue be something more than just a restaurant. He wants it to be a “gateway” for people of color to enter the restaurant industry. He is interested in sharing the food heritage of his native Jamaica while also creating a sustainable opportunity for people of color who are frequently left behind by economic development.