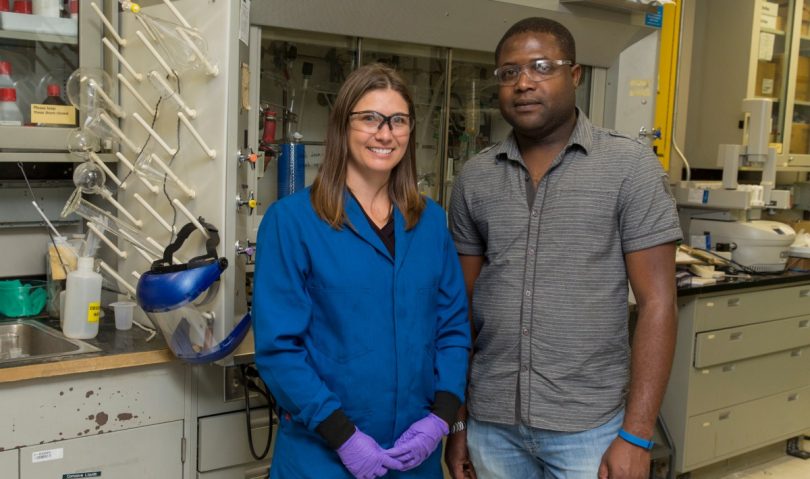 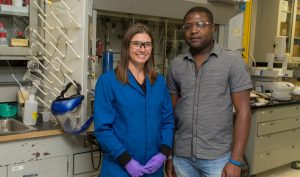 Jamaican scientist Dr Gavin Jones with his IBM research colleague Jeannette Garcia. Both were listed among the 100 Leading Global Thinkers identified by Foreign Policy Magazine. Dr. Jones and Ms. Garcia developed a process to chemically recycle plastics that prevented the leakage of BPA.

Dr. Gavin Jones has made history by becoming the first Jamaican to be named as one of the 100 Leading Global Thinkers by Foreign Policy Magazine. Dr. Jones shared his award with Jeannette Garcia, his IBM research colleague. They developed a process to chemically recycle plastics while preventing the leaching of BPA, a chemical added to many commercial products. Describing the process, Dr. Jones said they took polycarbonates that contained a toxic chemical and figured out how to break it down in order to convert it to something that would not release the toxic chemical easily. According to Foreign Policy Magazine, the two researchers were named to its “innovators” list because of their process’s application to the problem of safely recycling the over 2.7 million tons of hard polycarbonate plastics produced each year, much of which ultimately ends up in landfills where it leaches the dangerous BPA. Garcia, a chemist at IBM’s Alamden Lab, said it represents “an environmental win on many fronts.” Dr. Jones was surprised at the award, saying, “I didn’t realize that the research that we had done on this innovation had attracted so much attention and someone would actually think of it as being a goal worthy of a prize.” Dr. Jones graduated from Morant Bay High School and left Jamaica to attend college in New York in 1999. He earned a PhD in theoretical/computational organic chemistry at the University of California, Los Angeles in 2007. He then conducted postdoctoral research at Massachusetts Institute of Technology.