When artist Lorna May Wadsworth decided to make a bold statement by depicting Jesus as a black man in a reproduction of Leonardo da Vinci’s  15th-century work, “The Last Supper, at St. Alban’ Cathedral in the United Kingdom, she used a Jamaican as the model for her interpretation.

The reproduction of the “Last Supper” that includes a black Jesus was installed at the Altar of the Persecuted in the North Transept of St. Albans in support of the Black Lives Matter Movement. The original work was painted by Wadsworth in 2010 and had been on display at a church in Gloucestershire. St. Albans said the cathedral’s decision to display the picture had spurred a nationwide conversation. The original da Vinci mural was painted for the Convent of Santa Maria delle Grazia in Milan, Italy. The original painting by Wadsworth now hangs in St. George’s Church in Nailsworth, Gloucestershire. 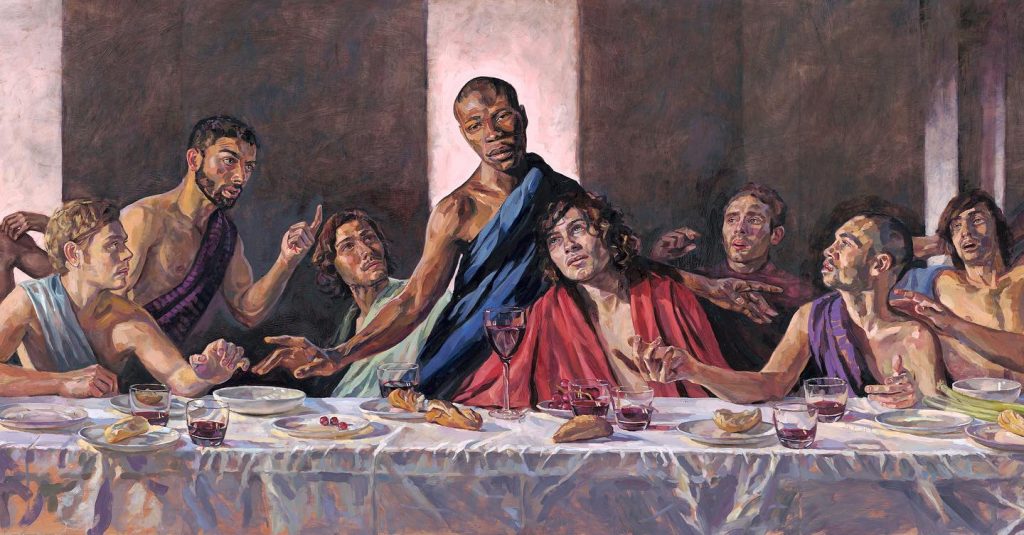 The reproduced picture, which is eight-feet-eight-inches high forms part of a prayer installation to commemorate the cathedral’s re-opening, and it was meant to call on worshippers to “look with fresh eyes at something you think you know.” The Very Reverend Dr. Jeffrey John, the dean of the cathedral, stated that “Our faith teaches that we are all made equally in the image of God, and that God is a God of justice.”

Wadsworth says, “I cast Jamaican born model Tafari Hinds as my Jesus to make people question the myth we have created in the West that he had fair hair and blue eyes – my portrayal of him is just as ‘accurate’ as the idea we have that he looked like a Florentine.” 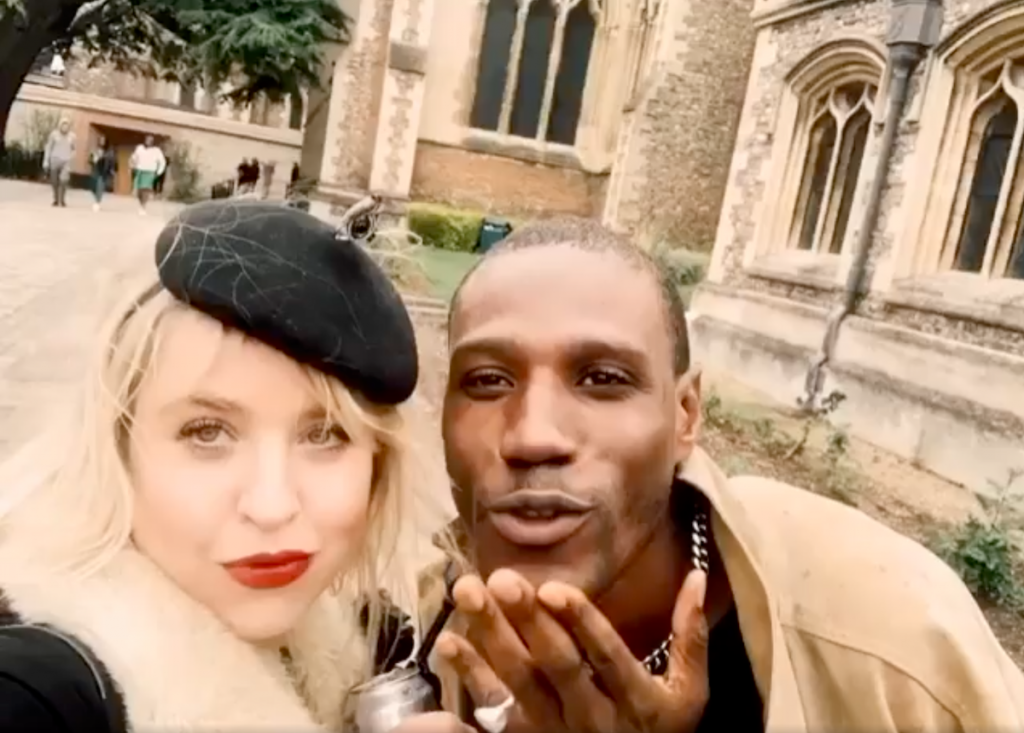 St. Albans issued a statement saying that “We stand with the Black Lives Matter movement to be allies for change, building a strong, just and fair community where the dignity of every human being is honored and celebrated, where black voices are heard, and where black lives matter.” An additional statement from a spokesperson for the cathedral noted that it does not “uncritically support any political organization.”

The St. Albans Black Lives Matter group is not affiliated with the United Kingdom Black Lives Matter movement, but is a separate group that was established to support the response of the city to the movement. The group said the picture “was not about the accurate portrayal of Jesus’ appearance” but was intended to promote a  ” conversation about how history is often whitewashed.” According to Shelley Hayles of the St. Albans’ group, “Much of our society has had no problem accepting the inaccurate portrayal of a ‘white’ Jesus, but are quick to take issue with a ‘black’ Jesus and this is just another example of the systemic racism in the UK. The bold statement by St Albans Cathedral has brought about a countywide conversation which would have been unlikely to happen before Black Lives Matter gained momentum.”