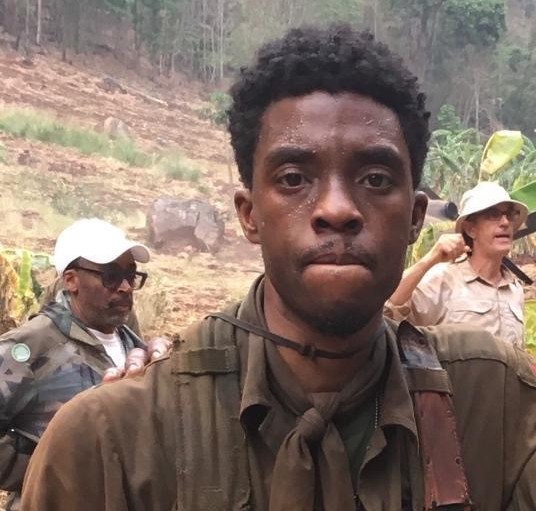 Like many admirers of actor Chadwick Boseman, the exalted star of many hit movies including “Black Panther,” the billion-dollar box-office blockbuster, Hollywood stuntman Roy Anderson, is shocked and shaken by the untimely death of the 42-year-old actor he worked alongside last year in Thailand. 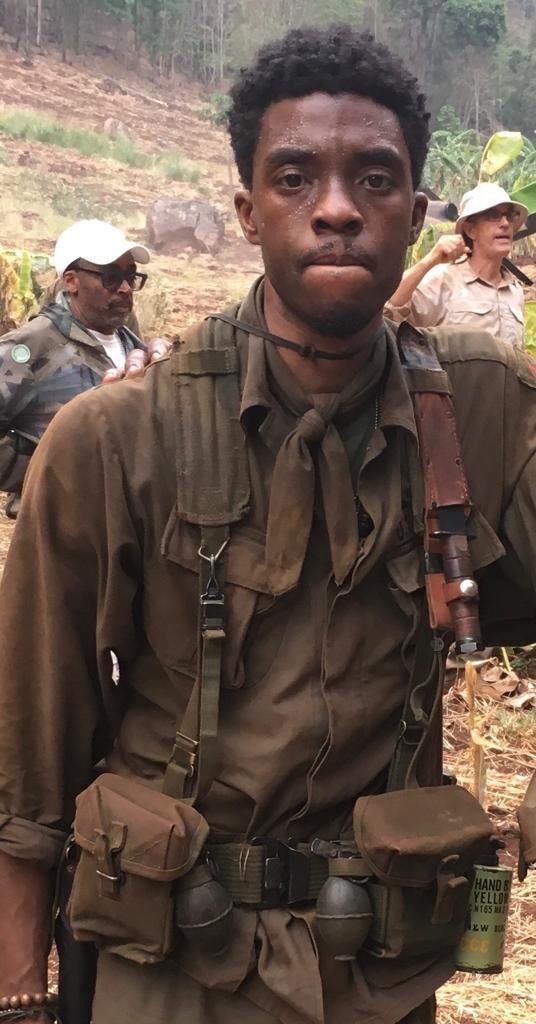 Chadwick Boseman on the set last year in Thailand

“I am not a family member, but his death has really touched me that way,” the actor/stuntman said.

“To think that he was so humble, so kind, so down-to-earth stays with me,” the Jamaica-born stuntman said.

“When others around were dropping like flies from 100 degree temperatures in Thailand last year… not him.

The heat there makes Jamaica feel like a cool place to visit,” he added.

“For him, it was all about the job, getting it done.”

“Considering there was a lot of pollution from fires, we were always told to wear masks. Each day after returning to the hotel and taking them off there would be residue outlining the covered area of our faces.

Imagine him working through those conditions?

We were always constantly reminded to hydrate in order to beat the heat, frankly, it was an uncomfortable shoot but he never complained, he never ever let on for a second that he was in any discomfort.”

“I have to give him props.” 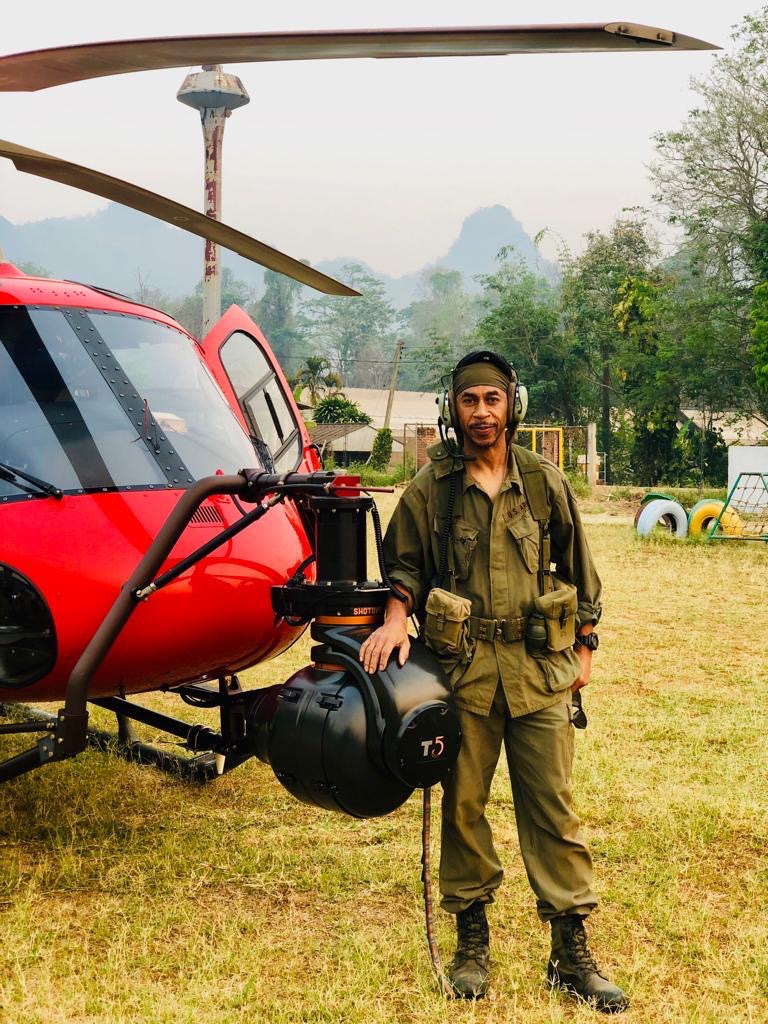 Throughout the seven-week location shoot, Anderson doubled for more than one actor. He stepped in for emergency roles to complete the film which co-stars Delroy Lindo, Norm Lewis, Clarke Peters and Major, soldiers on a return mission to Vietnam to find the remains of their platoon leader.

Imagine the storyline which cast Boseman as the character to portray the ill-fated casualty. Never letting on that since 2016 he had been diagnosed with stage three cancer and had been undergoing the rigors of chemotherapy treatment, Boseman he said epitomized dedication, selflessness, nobility, dedication and extreme humility with the same endearing spirit he portrayed as King Tchalla of the African kingdom of Wakanda in the blockbuster hit “Black Panther.”

The daring replacement actor said he was stunned by the rude awakening of the untimely passing that to a world of fans is resonating with disbelief and sadness.

Anderson is a world record holding jumper whose routine assignments risks death and disaster. However even on recreational vacations to Jamaica has tested his mettle leaping from danger spots on the island.

Anderson could well be considered the crowned king of leap.

In his own right Anderson holds the world record for jumping 28-feet across two buildings in Toronto, Canada on March 26, 1990.

The less treacherous aspect of his illustrious, multi-layered career often find him engaged with his own independent productions. At times tediously at work behind a desk writing scripts, and on other occasions behind a camera directing documentaries spotlighting Jamaica’s Maroons in “Akwantu” and “Queen Nanny” — which premiered at the United Nations and the Schomburg Center in Harlem.

During these Covid-19 months of quarantine, Anderson is spending much of his time fastidiously toiling to complete production of a documentary about Marcus Mosiah Garvey Jr.

Anticipation is mounting for the film’s completion and release but the 2020 bonus to his project will add imagery from the ensuing Black Lives Matter protests which he believes will bolster the purpose of the document and enhance the legacy of the more than 100-year-old history of his countryman and first national hero. 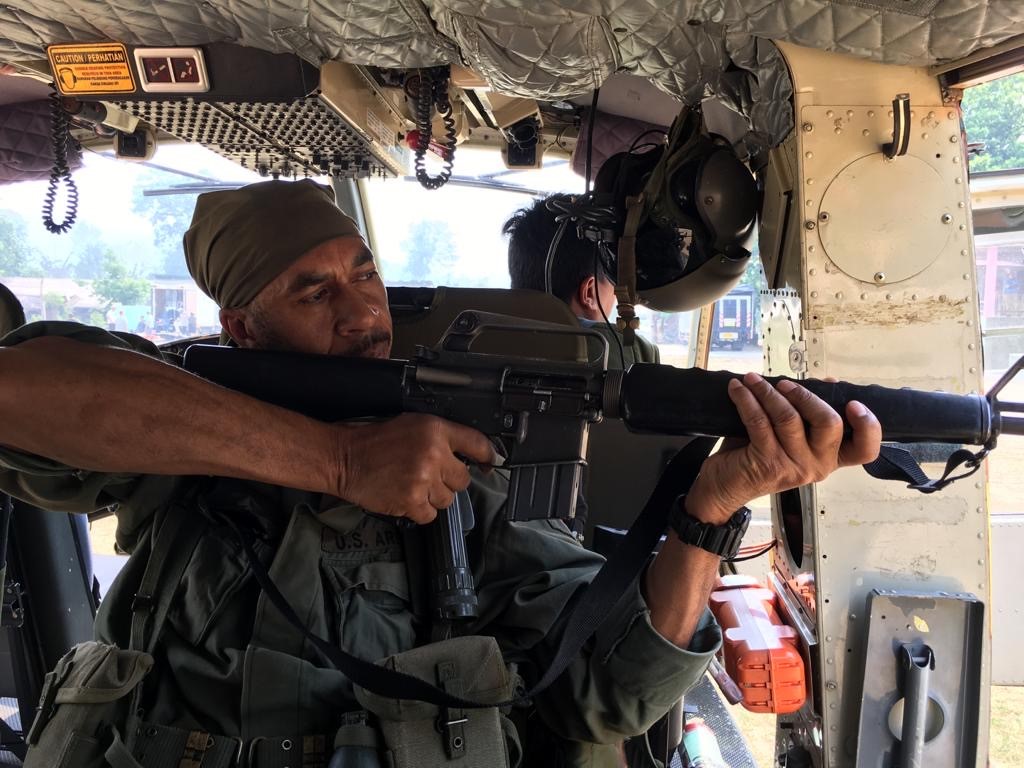 Roy Anderson on the set in Thailand

Anderson admits that working with high profile actors can be unpredictable but with respect to Boseman, he seemed to hold him with high regard reflecting on his on set behavior and how the super-achiever exhibited evidence of true royalty personifying professional acting skills despite personal adversities.

He lavished him with accolades saying he was also impressed by the impressive body of work Boseman gifted audiences during his short life.

“Boseman gave dignity to the roles” he portrayed and by example exemplified the best — showing humanity to others.

Through every portrayal he channeled the individuals convincing audiences that who they saw onscreen were the real men to remember. Anderson’s recollection of the 2019 Asia-located film shoot is that it was fraught with consternation and awe of the 43-year-old actor who died of colon cancer on Aug. 28.

“When he first walked on set he introduced himself to me, of course I knew who he was, I’ve seen all of his films, yet that humility, that kindness is what I was so impressed with.”

Anderson lamented the death of the iconic actor who in the Lee film stars in a Viet Nam war era flick now available on Netflix.

“I just cannot believe he passed.”

“I was most impressed by his humility, not demeanor, he was focused on the job even though the heat was oppressive, the mosquitoes were pervasive; he was always humble.”

Anderson said it is unimaginable to fully understand what the exemplary actor endured for four years since being diagnosed.

Boseman he added embodied the grace of the Black Panther and that of a king.