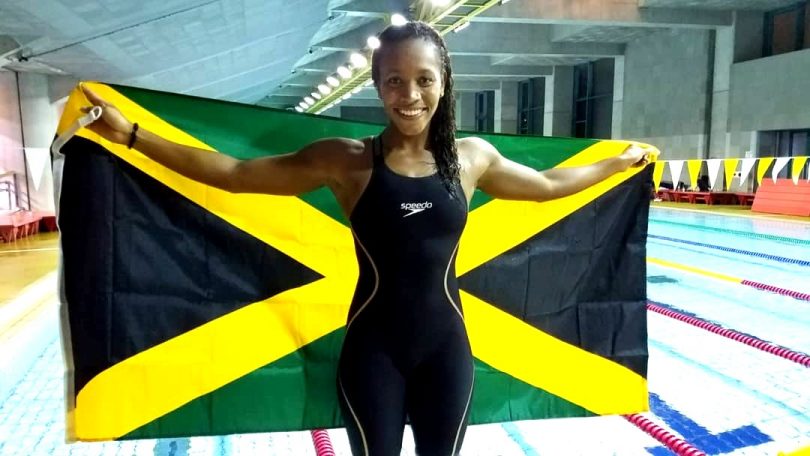 Alia Atkinson, Jamaica’s multi-medal-winning Olympic swim champion, won another gold on the first day of the 2021 Union Americana de Natación (UANA) Swimming Olympic Qualifier in Clermont, Florida, on April 29, 2021. Atkinson took home the gold medal in the 50-meter breaststroke competition at the Orlando Health National Training Center with a time of 31.69 seconds. This was the tenth consecutive win for the South Florida Aquatics swimmer in the United States. She has not lost a 50-meter breaststroke race in the US since May of 2016.

Atkinson also won a silver medal in Clermont, coming in second place in the women’s 50-meter butterfly to Athena Meneses Kovacs of Mexico. Atkinson swam the distance in 27.03 seconds, while Kovacs bested her to take the gold medal with a time of 27.01 seconds. Atkinson holds the national record for Jamaica in the event with 26.54 seconds, while Kovacs holds the record in Mexico with a time of 26.74. All of the swimmers winning medals at the UANA qualifiers had times under the World Championships B standard of 27.24 seconds.

The event provided Olympic athletes and hopefuls with the chance to qualify for the 2021 Summer Olympics in Tokyo and for the 2021 Junior Pan American Games scheduled for Cali, Colombia, in September of 2021.