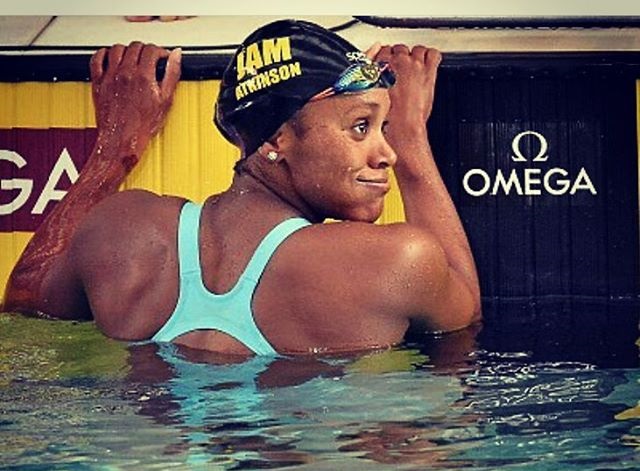 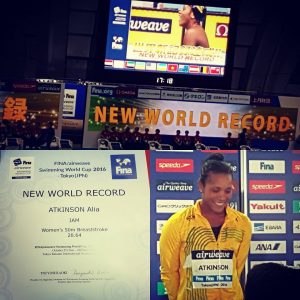 Alia Atkinson, champion swimmer from Jamaica, broke the world record in the 50-meter breaststroke short course at the FINA World Cup competition in Tokyo with a time of 28.64 seconds, 0.16 seconds faster than the previous record set in 2009 by American Jessica Hardy in Berlin. Atkinson defeated Yulia Efimova of Russia and Molly Hannis of the United States while achieving the record time. This is the second world record for Atkinson, who is currently tied with Ruta Meilutyte of Lithuania for the 100-meter breaststroke record. FINA will award Atkinson a US$10,000 bonus for breaking the record, plus 20 points toward her cluster bonus. Atkinson is one of just three women in history to have broken the 29-second barrier in the 50-meter breaststroke distance.