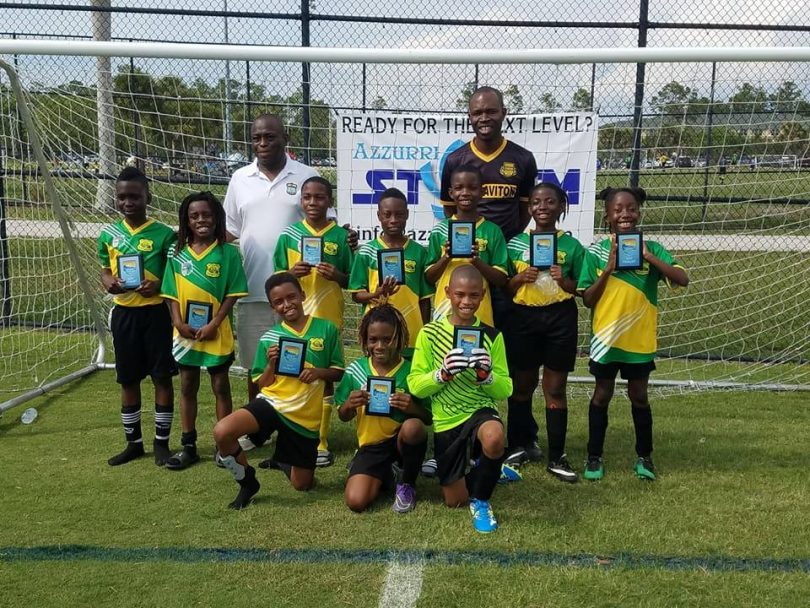 The cultural background of the players participating in the Lauderhill Lions Youth Soccer Club is unique for such a program in the United States. The players are 100 percent minority, 100 percent of Caribbean heritage, and 90 percent of Jamaican heritage. Parent involvement drives the organization, and the parents actively instill Jamaican traditional cultural practices to help the players perform well. Operating like a family-owned soccer club, the parents of players are involved in providing appropriate foods like fresh fruits and vegetables. They also provide important verbal motivation guidance to the coaches. A parents’ committee helps coaches with scheduling, fund raising, finding community outreach opportunities, and organizing family and team events. In early April 2017, the U9, U10, and U11 youth teams competed in the Naples Kickoff. The U9 group is the first official year for competitive soccer for the Lauderhill Lions teams. The U9 team competed in the top Gold division and performed with skill and heart, making their supporters, parents and coach proud. The U10 and U11 teams made the finals at the Naples Kickoff, with the U10 team playing in the Silver Division and experiencing their only loss in the finals. The U11 team competed in the Gold Division finals and played very well. They were ultimately defeated in the finals, but gained the respect of their opponent and spectators through their performance.