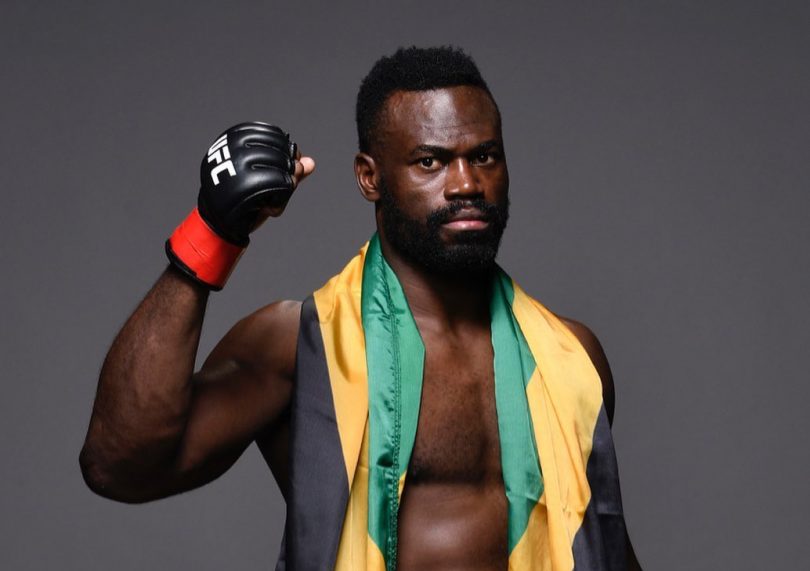 Jamaican Uriah Hall, professional mixed martial artist and former kickboxer, defeated Anderson Silva of Brazil, considered one of the greatest fighters in the history of mixed martial arts (MMA), in a major Ultimate Fighting Championship (UFC) title fight by TKO. It took Hall just one minute and 24 seconds in the fourth round of the main event at UFC Fight Night 181 on October 31, 2020, in Las Vegas, Nevada, which was held at the UFC Apex near the UFC corporate campus.

In a moving moment after the end of the hard-fought match, the two competitors knelt on the mat and clasped each other’s hands as blood poured off Silva’s face. Hall told him, “I love you. You’re Still one of the greatest.”

Hall was born in Spanish Town, Jamaica, moving to New York City when he was 13 years of age. He was bullied while a high school student in Queens, New York, but found safety in the pursuit of martial arts at age 16. He earned a second-degree black belt in Tiger Schulmann’s Mixed Martial Arts under Tiger Schulmann and competed as a kickboxer in the World Combat League. He now has a 4th-degree black belt in Kyokushin Karate underTiger Schulmann’s Mixed Martial Arts and a blue belt in Brazilian Jiu-Jitsu under Jason Manly.

He currently trains in Dallas, Texas, out of Fortis MMA, and was labeled as “the next Silva” after performing a spinning back kick knockout in 2013 on the reality television program “The UltimateFighter.” His success on the show – a 4-0 run – brought him considerable attention from the public. He has won three straight matches and four of his past five matches. He has won seven of his nine UFC titles by KO/TKO, an achievement that ties for third place in division history.