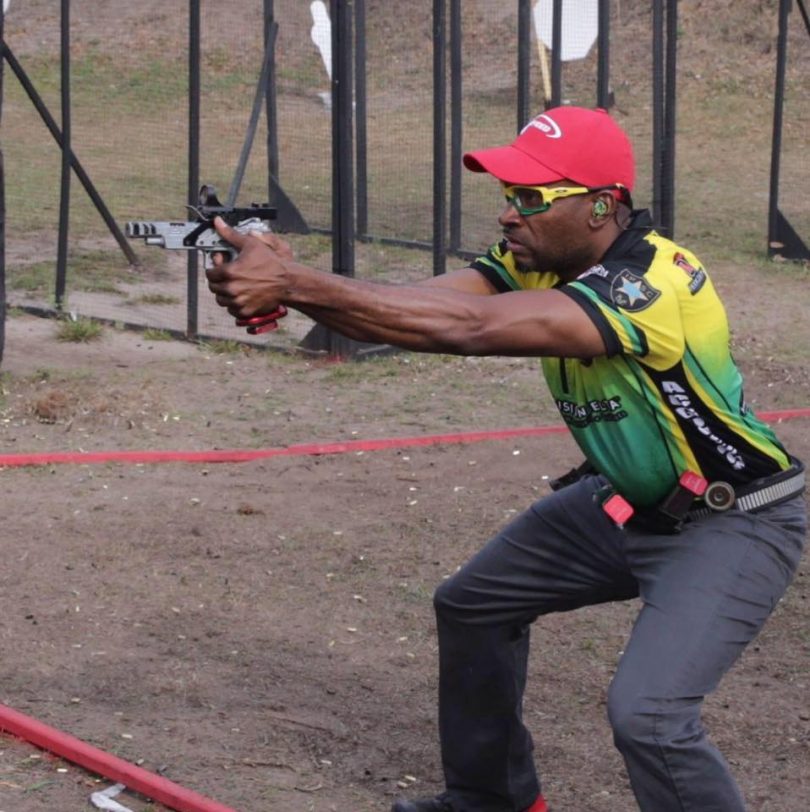 Lesgar “Speedy” Murdock of Jamaica was named champion in the Open Division of the Florida Open Pistol Tournament. The competition, which was held at the Universal Shooting Academy, Frostproof, featured 384 top shooters from around the world in an 11-stage, 300-round match that was something of a “Jamaican affair” as the stages were named for iconic phrases and locations associated with Jamaica. The tournament’s mascot was also depicted a Rastafarian. Murdock’s win was his first major match victory against competitors Max Michel and Chris Tiley. Participants in the tournament came from Europe, the Caribbean, Central and South America and the United States, with Jamaican having six entries in the Open Division, 10 in Limited and four in Production. Murdock bested his 100 rivals in the Open Division with 1,538 points, 15 points ahead of his closest competitor. He credited his win to small adjustments he made in his training regime. He is now working toward winning top honors at the International Practical Shooting Confederation (IPSC) World Shoot to be held in France in August 2017. Lennie Moulton, Ryan Gourzong, Errol Lawson, Odane McDowell, and Bernard Lawrence were the other Jamaicans competing in the Open Division. Jamaica’s entries in the Limited were Ron Brown Jr. , who placed eighth overall and third as Master. Greg Henry won first-place in C Class and 35th overall. Sue-Ann Henriques, who is Jamaica’s most decorated female shooter, ranked second in the Ladies Division and 53rd overall.