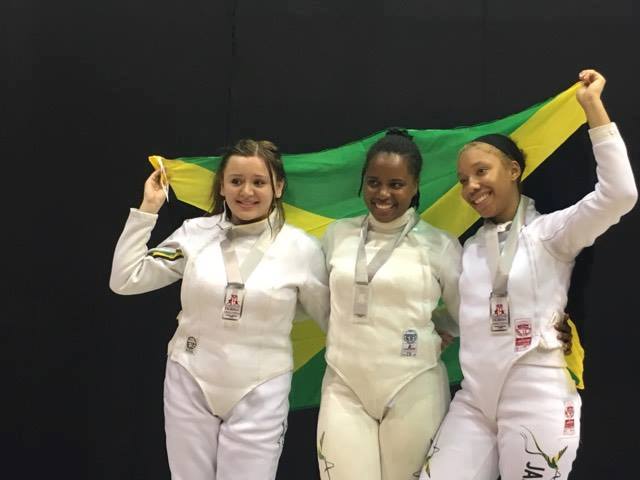 Jamaica’s women’s fencing team will participate at the Central American and Caribbean Games to be held in Colombia in 2018 now that they have ranked in second place in the team event at the qualifying event in San Juan, Puerto Rico. On her Facebook page, Caitlin Nicole Change expressed her pride at having returned from Puerto Rico with a qualifying silver medal in the team event, along with her teammates Caira Moreira and Claudine Williams, who is the captain. The women on the team came together from New York, London, and Ohio to compete under the banner of the Jamaican Fencing Federation. The 23rd Central American and Caribbean Games will be held in Barranquilla, Colombia, in 2018. The city hosted the games once before, in 1946, and now 68 years later, the city will once again make Colombia a focus of the sporting world. The first staging of the Central American and Caribbean Games was in 1926. The events feature competitions in a wide variety of sports.