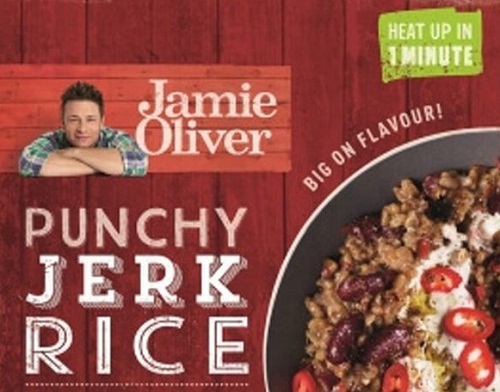 Celebrity chef Jaime Oliver is facing a backlash from Jamaicans who accuse him of cultural appropriation by naming his microwaveable rice product “punchy jerk rice.” Jamaicans, who know and love their traditional jerk cuisine, say the product does not include ingredients typically used in the island’s jerk recipes. In the United Kingdom, Dawn Butler, a Member of Parliament from the Labor Party, strongly criticized Oliver on Twitter: “I’m just wondering if you know what Jamaican jerk actually is? It’s not just a word you put before stuff to sell products.”

She went on to suggest that Chef Jaime Oliver take a cooking class from Levi Roots, the creator of Reggae Reggae sauce, and added “This appropriation from Jamaica needs to stop.” Butler’s tweet prompted more than 8,000 responses, chiefly critical of Oliver’s action. Jamaica is seeking international legal protections for the use of terms like “Jamaican jerk.” Jerk cookery originated in Jamaica and comprises a very specific tradition of slow-cooking chicken, beef, pork, and seafood on open-fire grills using a combination of certain spices. It is possible to offer vegetarian options, but no Jamaican “jerks” rice. 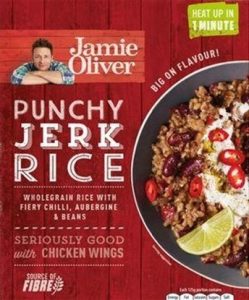 The mere idea of “jerked rice” has prompted numerous videos in circulation in which people make fun of the dish and include taste tests showing diners who say it does not taste like jerk.

Joyce Lawrence-Brown said, “There is no such thing Jamie ”Jerk” does not belong to you stop hiding behind your punch rice to claim it….you have been caught accept it!”

In response to the controversy, Oliver stated that he had only intended to show where he gets his inspiration for recipes. He said that he chose the name of the dish to reflect the source of his inspiration. In an interview with Sky News, Oliver said, “I’ve worked with flavors and spices from all over the world my whole career, learning and drawing inspiration from different countries and cultures to give a fresh twist to the food we eat every day.” However, the strong reaction to Oliver’s casual use of the term “jerk” and his seeming dismissal of its long history as a signature Jamaican flavor highlights the need for greater understanding and communication between different cultures.