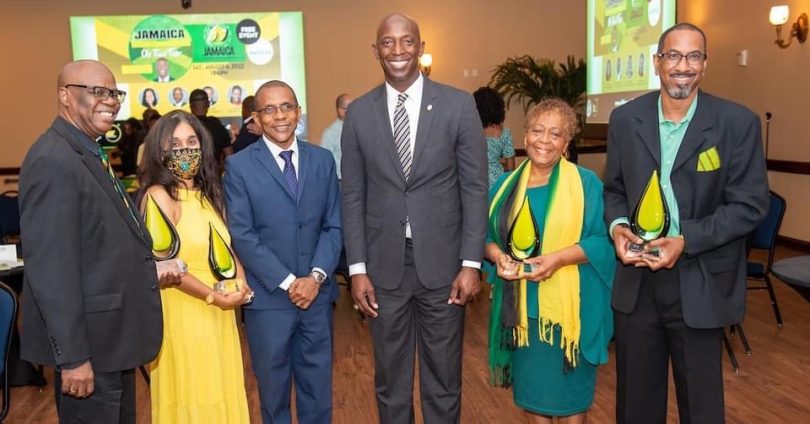 Five Jamaicans were recognized by the City of Miramar in Florida for their service to the community at the Jamaica 60th Anniversary Emancipendence Reception co-hosted by Miramar Mayor Wayne Messam and Victoria Mutual at the Miramar Cultural Center on August 5, 2022.

The Community Impact Award was presented to Bishop Dr. Clyde Bailey and Bishop Norman Hemming, Esq., for serving the Miramar community through the Faith Place Church. 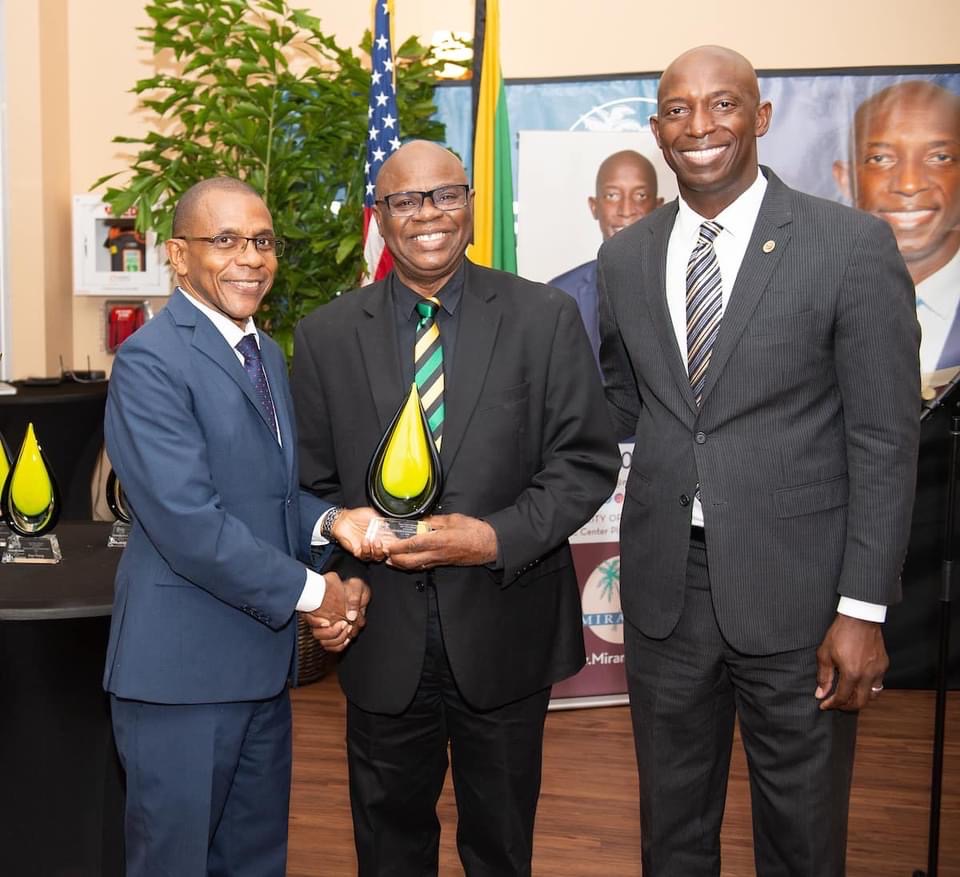 Rev. Dr. Clyde Bailey is the lead pastor at the church. Before becoming an ordained minister and bishop, Dr. Bailey was a family therapist, focusing on couples facing separation or divorce. He earned his Ph.D. in marriage and family therapy in 2006 from Nova Southeastern University’s Fischler School of Education and Human Services, where he then served as an advisor to doctoral students. Dr. Bailey began his full-time minister in 2012, serving first as Interim Pastor of the Deerfield Church of God, then as Executive Pastor and Director of Counseling Services at the Cooper City Church of God for nine years. He is also a published author. Accepting the award, Dr. Bailey said they were not called to establish a church in Miramar, but after Faith Place held their first service in the city, the congregation just continued to grow. He added that the church was welcomed by the city and that he and the leadership are there to serve. Bishop Norman Hemming, Esq., was traveling on business and not available to attend the event. 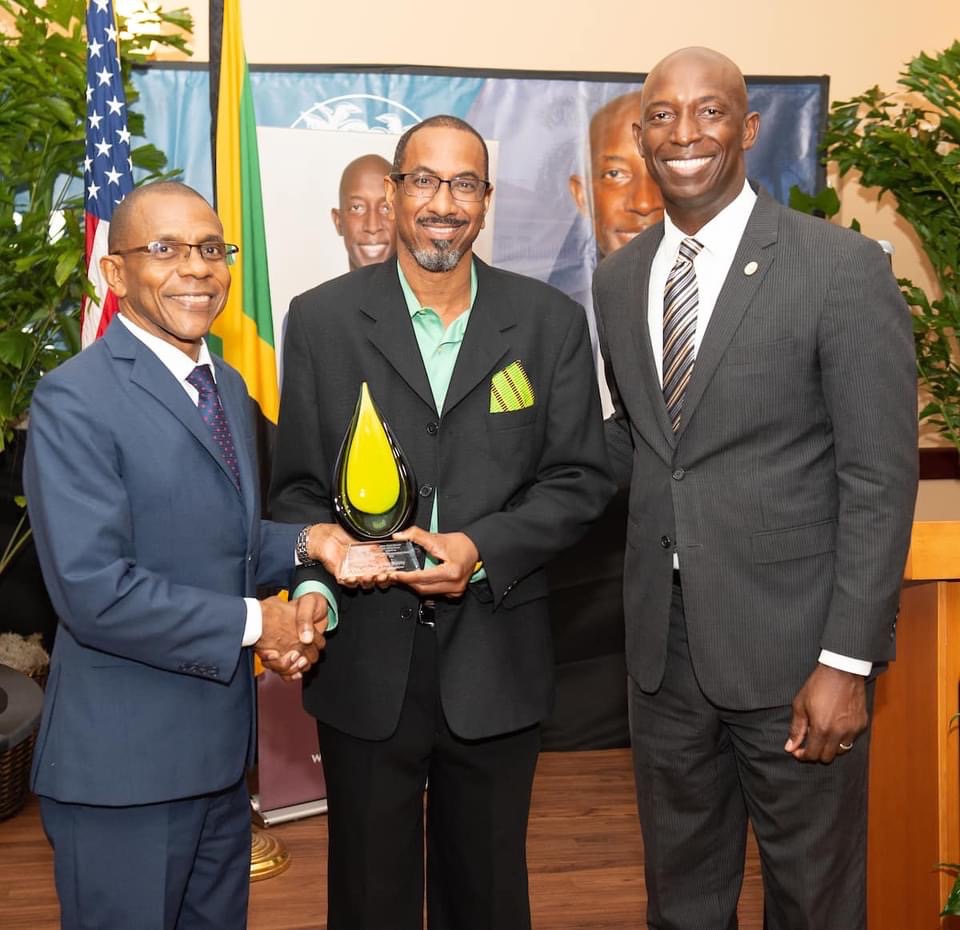 The Cultural Excellence Award was presented to Xavier Murphy, a pioneer in web-based technology and the founder of the Jamaicans.com platform, for his service to the community of Miramar and his efforts toward benefiting the Jamaican Diaspora. Murphy launched the website Jamaicans.com in 1995. Since then, it has become the preeminent Internet communications platform for Jamaicans at home and in the Diaspora and for anyone interested in Jamaican culture. Accepting the award, Murphy thanked his wife, his family, and his global team, noting that it was very special to be honored by a city that he has lived in for more than 30 years. 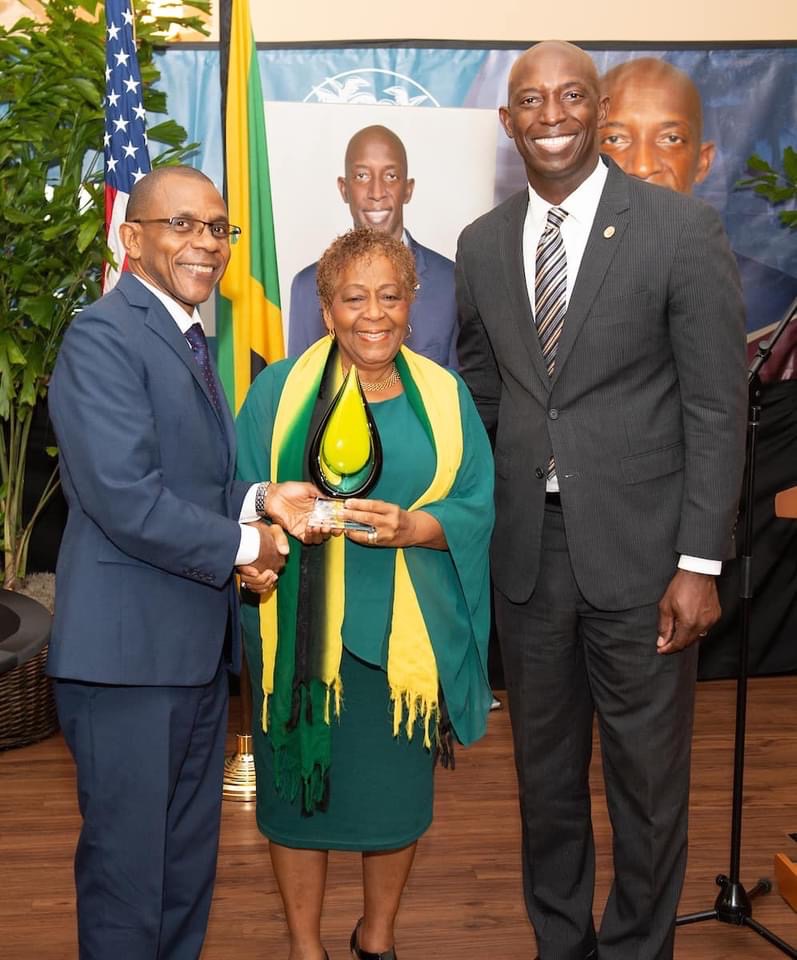 The Trailblazer Award was presented to Kaye Chong for her work with Air Jamaica, which was eventually acquired by Caribbean Air. Air Jamaica was the national airline of Jamaica and was formerly owned by Jamaica’s government. It ceased operations in 2010. In her acceptance speech, Chong discussed her experiences working at Air Jamaica and noted how the City of Miramar invited the airline to establish itself in Miramar if it needed a headquarters. She called Mayor Wayne Messam a “model for leadership.” 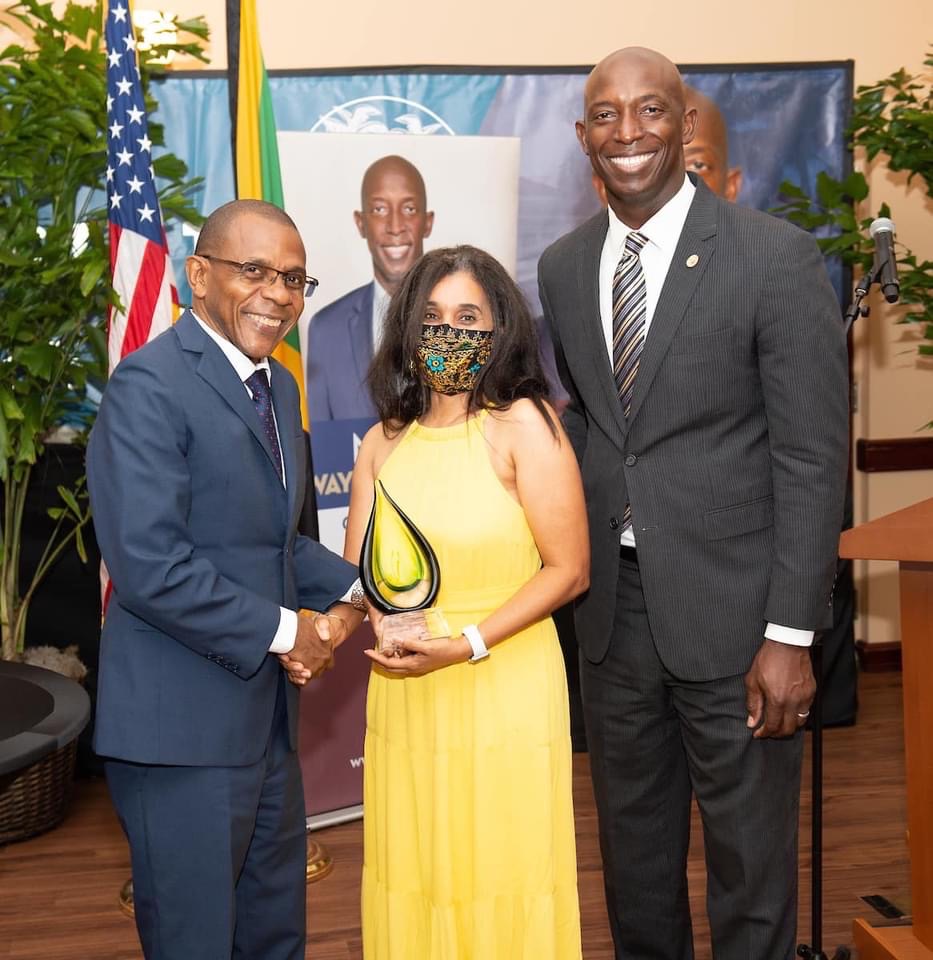 The Education Award was presented to businesswoman and educator Lorraine Phillips Tracey. In her acceptance speech, Tracey discussed the transition from working in the business sector to becoming an educator. She urged the audience at the reception to mentor a student and pass on the skills they learned during the pursuit of their careers. 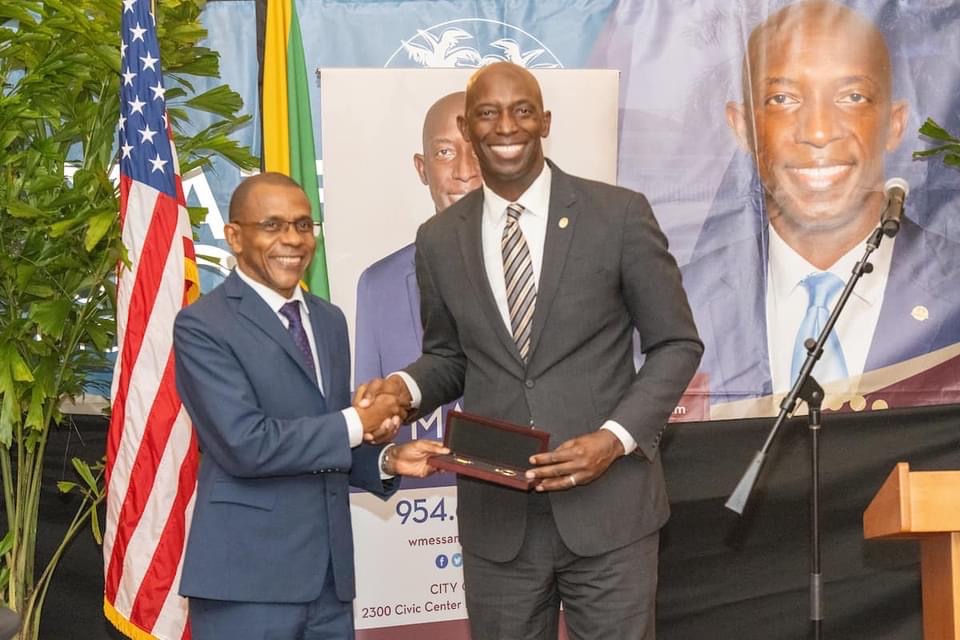 (L-R) Courtney Campbell, President & CEO VM Group being presented with the key to the city by Wayne Messam, Mayor City of Miramar