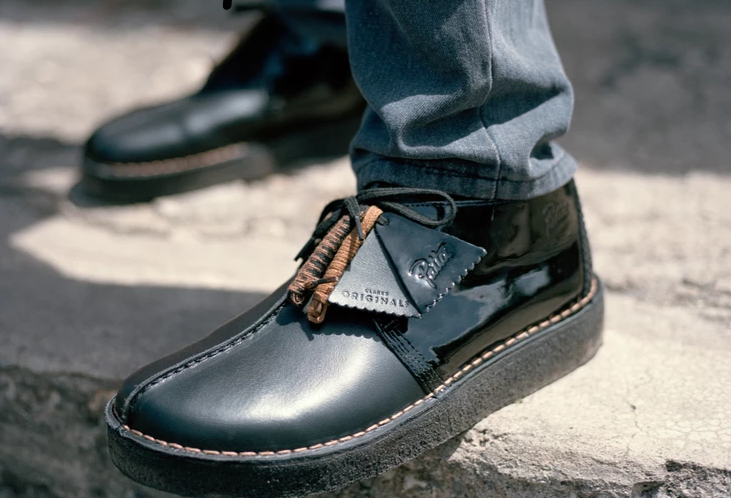 The cultural importance of the shoes known as Clarks Originals in Jamaica has been acknowledged by Patta as it celebrates the history of the brand with the introduction of an exclusive collaboration with Clarks that focuses on the Desert Trek model.

The cultural history of Clarks Originals is illustrated by the way the brand has been enshrined in Jamaican music through the works of artists like Vybz Kartel, Popcaan, and Gaza Slim in the 2010 recording of “Clarks.” The song told the world about the popularity of the British heritage shoe in Jamaica. Clarks Originals have become synonymous with the traditional British footwear firm that was founded over 200 years ago.

The brand rarely requires any introduction, and the Desert Trek boot is one of the most iconic styles in the product line. Joining with the Dutch firm Patta, Clarks has reworked the boot into two fresh variations. The boot is known in Jamaica as the “Bank Robber” in reference to its “trekman” logo. The style was inspired by the everyday, “boastful” approach to life taken by Jamaicans. The new Patta x Clarks Originals Desert Trek has been available at Patta London, Amsterdam and online as well as through various retailers at the end of August 2019. 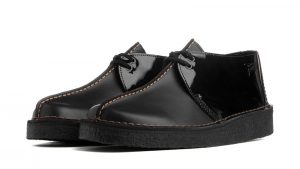 The current collaboration, which involves Patta of Amsterdam, has chosen to center on the Desert Trek footwear that has been worn by many of Jamaica’s music legends over the years. During the design of the collaboration, the co-founder of Patta, Guillaume Schmid was interested in paying close attention to Jamaica’s endorsement role for the heritage style, saying that he felt people were not sufficiently aware of the island’s role regarding Clarks. He said the company felt it was its mission to “put certain things into perspective” with the opportunities presented via the collaboration. The connection with Jamaican culture and the island’s people is one of the reasons that “the shoe is still hot,” he added. Patta has tried to capture the love and cultural relevance of the shoe through photographs by critically acclaimed documentary photographer Stacii Samidin who shot the collection’s lookbook in Kingston.