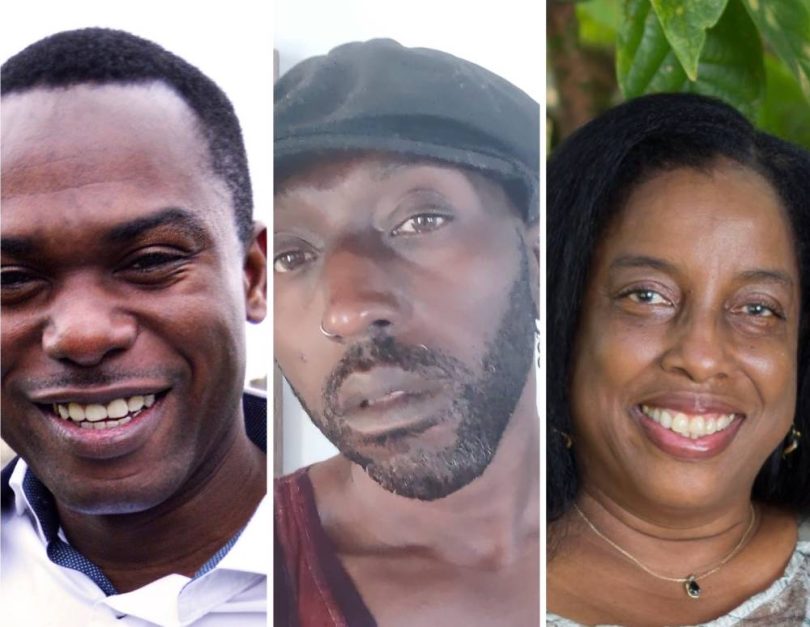 Three Jamaican writers have been included on the longlist for the OCM Bocas Prize for Caribbean Literature sponsored by One Caribbean Network. Kei Miller made the list for his nonfiction essay collection “Things I Have Withheld,” while Jamaican-born Jason Allen-Paisant was listed for his debut book of poetry “Thinking with Trees” along with Jamaican Monica Minott for her book “Zion Roses.”

Prize judges Belizean biographer Godfrey Smith of Belize; Rachel Manley, a Jamaican-Canadian writer; and Anita Sethi, a Guyanese British writer described Miller’s collection of essays “Things I Have Withheld” as a “deep and stirring excursion” into the “dark places where truth and reality reside.” The judges noted that Miller courageously explores unspoken truths as a Black Jamaican gay man. The book combines memoir with literary commentary to investigate discrimination in the silence existing in conversations of race, sex, and gender. Born in Jamaica, Kei Miller won the Forward Prize for poetry for his collection “The Cartographer Tries to Map a Way to Zion” in 2014, and in 2017, his novel “Augustown” won the Bocas Prize for Fiction, the Prix Les Afriques, and the Prix Carbet de la Caraibe et du Tout-Monde.

Jason Allen-Paisant, a lecturer in Caribbean poetry and decolonial thought at the University of Leeds School of English, is from Coffee Grove in Manchester, Jamaica. He has a doctorate in medieval and modern languages from the University of Oxford and speaks seven languages. He also serves as director of the Institute for Colonial and Postcolonial Studies and is a member of the editorial board of “Callaloo: Journal of African Diaspora Arts and Letters.

Allen-Paisant’s “Thinking with Trees” considers the ongoing condition of “marronage” – issues relating to how runaway slaves experienced the process of becoming Maroons – for Caribbean writers, according to the judges. They added that the collection explores nature as a “sacred place for recollection” that provides healing from a past of marginalization. “Zion Roses” is the second poetry book by Monica Minott, a poet who “understands voice and voicing,” the judges said. She explores personal matters, political issues, memory, and history to provide an “all-encompassing view of Caribbean women-centered thought,” according to the judges.

Monica Minott is a chartered accountant and secretary as well as an award-winning poet. Minott received two awards in the yearly literary competitions established by the Jamaican National Book Development Council and won first prize at the inaugural poetry competition held by Small Axe publishing in 2009. Her poetry has been published in The Caribbean Writer, Small Axe Caribbean Journal, Cultural Voice Magazine, SX Salon, Jubilation, Coming Up Hot, The Squaw Valley Review, and BIM magazine. Her poems have also been broadcast in Jamaica on Power 106. Her debut poetry collection, “Kumina Queen” was published by Peepal Tree Press.