Jamaicans Win Medals at Taste of the Caribbean 2016 - Jamaicans.com 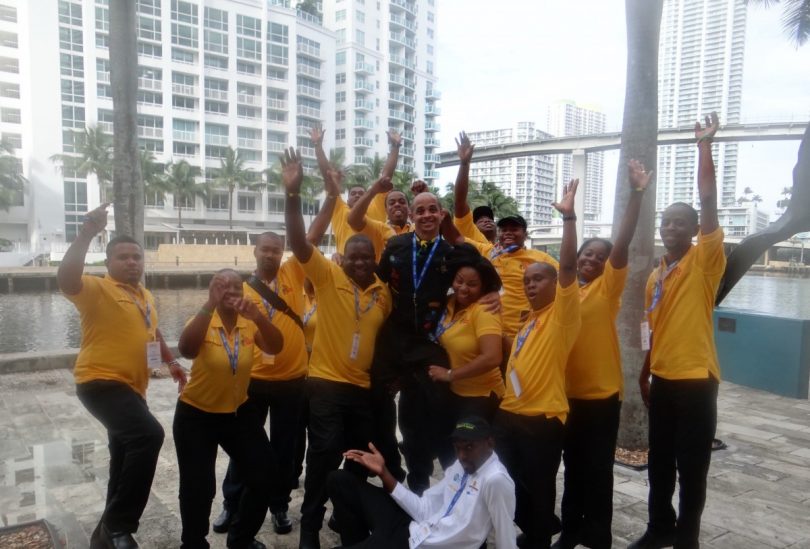 Winning bronze medals in the Team of the Year competition were Patrice Malcolm, Francis Woolery, Dexter Singh, Cadane Wynn,
Jevaugn Grant, Adrian Johnson, and Mark Cole. Richard Pinnock won the silver in the Seafood category, while Odaine Whitelocke won bronze in the Beef category. A silver medal in the Bartender of the Year category went to Adrian Johnson, and Patrice Malcolm won bronze in the Chef of the Year competition. Honorary mentions went to Amelia Baker for her cheesecake and Dexter Singh in the Pastry Chef category. The team has already met to formulate its game plan for the coming year, with the next event the Taste of Jamaica scheduled for October 2016. The team plans to include updated rules into the competition. Additionally, the team thanked its sponsors and supporters who attended the Taste of the Caribbean in Miami and who wrote, texted, posted on social media and called to make contributions and provide encouraging words.