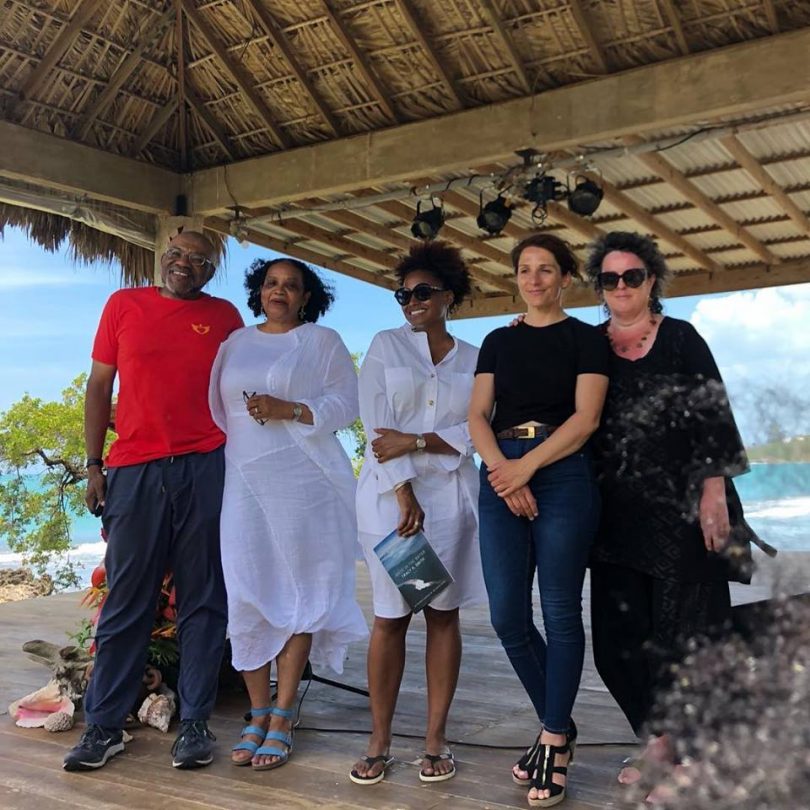 Characterized as “Jamaica’s best-kept secret,” Vogue Magazine highlights the island’s Calabash Literary Festival, which is held bi-annually. Making special mention of the festival’s location in Treasure Beach, described as a “sleepy fishing village,” Vogue notes the locale’s absence of high-rise hotels and souvenir shops and the ambiance offered by its bougainvillea-covered cottages, roadside food stands providing authentic Jamaican cooking, and views of fishermen docking their canoes along a six-mile stretch of coral and black sand.

The Calabash Literary Festival is a mecca for book lovers that has featured international authors such as Zadie Smith, Chimamanda Ngozi Adichie, Salman Rushdie, and Eleanor Catton. The festival was founded in 2001 and attracts both a local and global audience. When attendees are asked why this festival is different from other literary festivals, the most common answer is “It’s the vibes.”  The festival audience includes a mix of every race, class, and gender, united by a love of literature. It is also free. Its founders, the poets Kwame Dawes, novelist Colin Channer, and producer Justine Henzell, created it as a free event and intend to keep it that way. The 2018 edition, which was held June 1 through 3, was themed LIT UP to celebrate the power that words have for fostering passion and encouraging action. Many women authors were featured poet Warsan Shire, whose work is featured on Beyoncé’s “Lemonade” interludes, poet and playwright Carol Ann Duffy, and Tayari Jones, whose book “An American Marriage” was an Oprah’s Book Club selection and is in talks to become a movie. In the evening, Calabash featured musical performances and live deejays. Beverages included Appleton rum and Red Stripe beer to cool dancers moving to the sounds of ska and dancehall tunes. The festival’s venue at Jake’s Hotel ensures that there is nothing “stuffy” about this literary crowd. The hotel is an eco-friendly spot that has been visited by Solange and Venus and Serena Williams and is run by festival co-founder Justine Henzell, daughter of the director of the classic Jamaican film “The Harder They Come.”  Guests are housed in rustic and colorful cottages and villas with decks that overlook the Caribbean Sea. Guests may take a short boat ride on Calabash Bay to the famous Pelican Bar, which serves rum cocktails and fresh fish in the middle of the ocean. The ride offers views of palm trees, coves, and sandy beaches, all contributing to the laid-back atmosphere of the festival.