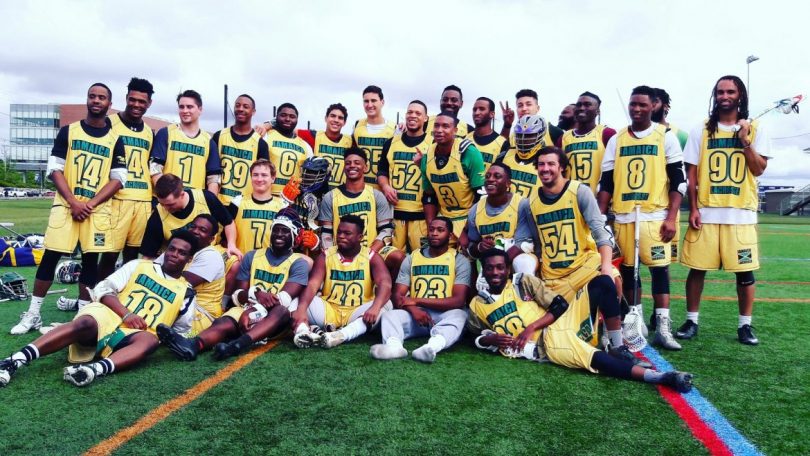 Jamaica’s lacrosse team, which features over 40 athletes, defeated Portugal and Puerto Rico to tie for first place at the 2017 International Lacrosse Showdown at Johnson & Wales University in Providence, Rhode Island. The team finished with a 5-1 record in its debut appearance at the competition. The event was coordinated by the Israel Lacrosse Association. According to Jamaica Lacrosse Association (JLA) president, Calbert Hutchinson, the team’s participation in the event is a critical step toward its goal of engaging Jamaican players throughout the Diaspora. Local development of players on the island is a top priority, he said, but the JLA is very excited to provide Jamaicans living oversea with a chance to “support and connect with their roots.” The team comprises chiefly Jamaican-American players, all of which have eligibility to compete for a place on the 24-man roster for the 2018 FIL World Championships. However, Hutchinson emphasized that the Rhode Island competition was really about “fostering a sense of fellowship and family among Jamaican lacrosse players” living abroad. Jamaica’s team was coached by Donald Wilson, originally from Westmoreland and now residing in Bridgeport, Connecticut, and Skip Darden (Hobart). Evan Redwood (Amherst), a former NCAA All-American, led the effort to form a team for the International Showdown. His parents are originally from Kingston and now live near Baltimore, Maryland.