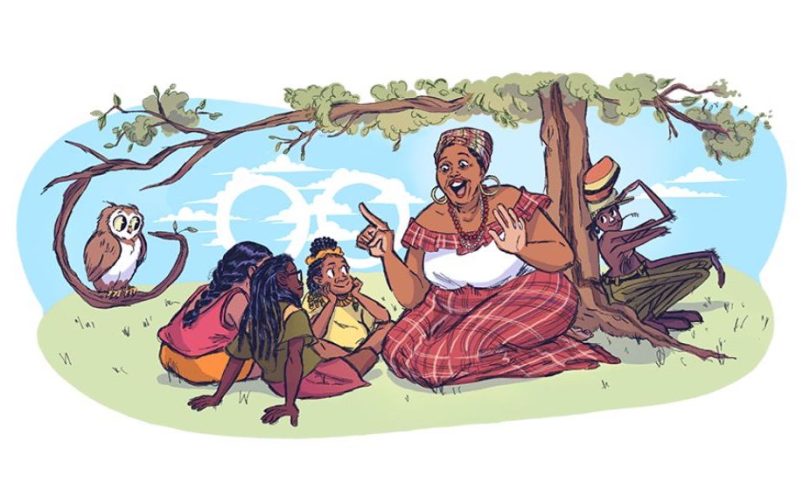 Google has recognized the 103rd anniversary of the birth of Louise “Miss Lou” Bennett-Coverley, a Jamaican poet, folklorist, writer, and educator, with a coveted Google Doodle.  Bennett-Coverley worked to preserve the presentation of poetry, songs, and stories in Jamaican patois and was one of the first to promote local languages as a means of literary expression.

To mark Bennett-Coverley‘s birth on September 7, 2022, Jamaicans.com will also honor Bennett with a live event beginning at 8 pm on the platform’s YouTube and Facebook channels. The event, entitled “Jamaica Heroes Modernized BACK The Culture Show” will be presented in collaboration with the Louise Bennett-Coverley Heritage Council and the Institute of Jamaica under the patronage of the Consulate General of Jamaica Miami. The event will feature Jamaican cultural icons and stalwarts as they pay tribute to “Miss Lou” by sharing their personal remembrances of the influential folklorist and discussing her contributions to Jamaica’s culture and identity.

Louise Bennett was born in Kingston, Jamaica, on September 7, 1919, the only child of Augustus Cornelius Bennett, who owned a bakery in Spanish Town, and Kerene Robinson, who was a dressmaker. Her father died when she was seven years old, and she was raised chiefly by her mother. Bennett attended Ebenezer and Calabar schools and went on to attend St. Simon’s College and Excelsior College in Kingston. She enrolled in Friends College in St. Mary in 1943 to study Jamaican folklore. Her first poetry was published in the Sunday Gleaner newspaper in 1943. In 1945, she was awarded a scholarship from the British Council and became the first Black student to attend the Royal Academy of Dramatic Art (RADA) in London.

Following her graduation from RADA, she performed with repertory companies and intimate revues throughout England. She also hosted the BBC radio programs “Caribbean Carnival” and “West Indian Night” during her time in the United Kingdom. From 1955 and 1959, Bennett worked for the Jamaica Social Welfare Commission and taught drama and folklore at the University of the West Indies. She produced the series of radio monologues, “Miss Lou’s Views,” from 1965 and 1982, and in 1970, began hosting “Ring Ding,” a children’s TV program, which ran until 1982. The program was based on her belief that children should learn about their heritage and featured children from across Jamaica sharing their artistic talents on the air. Bennett also appeared in several films, including “Calypso” in 1958 and “Club Paradise” in 1986.

She married Eric Winston Coverley, who was an early performer and promoter of Jamaican theater, in 1954, and the couple had one son, Fabian. She died in 2006, having lived in Scarborough, Ontario, during the last ten years of her life. Her body was returned to Jamaica to lie in state at the National Arena. She was interred in Jamaica’s National Heroes Park in the Cultural Icons Section.

Her books and poetry, which were written in Jamaican patois, were instrumental in having it recognized as a “nation language,” and her work influenced other writers such Mutabaruka, Linton Kwesi Johnson and Yasus Afari, who used patois in a similar way. She made many recordings of traditional Jamaican folk music and has been cited as providing the singer Harry Belafonte with the basis for his 1956 hit “The Banana Boat Song” by telling him about the Jamaican folk song “Hill and Gully Rider.”

Among the many awards she received are the Member of the Most Excellent Order of the British Empire (MBE) in 1960, the Norman Manley Award for Excellence in 1972, the Order of Jamaica in 1974, the Musgrave Medal in 1978, an honorary Doctor of Letters from York University in 1998, and the Jamaican Order of Merit in 2001. The University of Toronto offers the Louise Bennett Exchange Fellowship in Caribbean Literary Studies for students at the University of the West Indies, the Harborfront Center, a nonprofit cultural organization in Toronto, features a venue named “Miss Lou’s Room” in her honor.

The Google Doodle was created by Jamaican cartoonist, Robyn Smith. Google’s homepage is one of the most viewed on the Internet, and the firm uses the page to draw attention to historic events, celebrations, and other matters of note. These drawings are changed regularly.