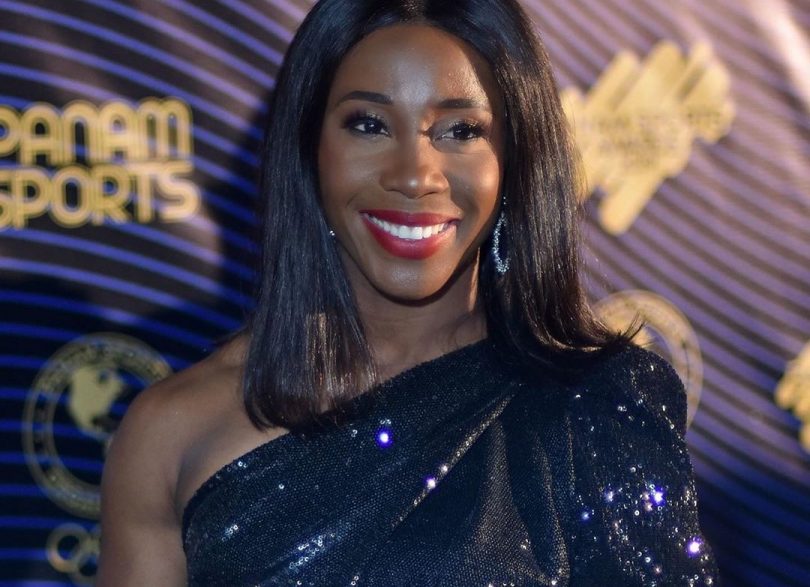 Jamaican athlete, Shelly-Ann Fraser-Pryce, has been named Best Female Athlete of the Year for 2019 by Panam Sports. The honor was bestowed during the inaugural Sport Gala Awards Ceremony held in Ft. Lauderdale, FL on Dec. 13, 2019.

Fraser-Pryce was nominated for recognition in two categories – Best Female Athlete and Changemaker. Brazilian gymnast, Francisco Barretto was named Best Male athlete. Her coach, Stephen Francis, was nominated in the category of Best Coach. Panam Sports seeks to inspire the next generation of athletes and celebrate the Pan American Games.

The well-deserved honor is a result of Fraser-Pryce’s outstanding athletic performances at the 2019 Pan American Games in Lima, Peru, when she broke a 40-year-old record in the 200m. The award is particularly gratifying as it was the first time she’d competed at the Pan American Games.

The “Pocket Rocket” as she’s nicknamed is ranked as one of the fastest 100 female sprinters of all time and is the first Jamaican woman to win the 100m Olympic gold medal. She ran the fastest ever time by a woman at the 2012 Olympics.

She’s won multiple silver and gold medals throughout her career and Fraser-Pryce has set several impressive time records in her sport. She’s the first person in 22 years to complete the 100m and 200m double. She distinguished herself at the age of 32 by being the oldest female to win an Olympic or World championship and is only the second mother to achieve that accomplishment.

The premiere athlete’s time at the Olympics was just two-tenths of a second slower than Usain Bolt’s. Fraser-Pryce is the first female sprinter to hold World and Olympic titles simultaneously. She was also on the BBC’s list of 100 Most Influential Women with the theme of “The Female of the Future.”

Born in Kingston, Jamaica, Fraser-Pryce is the daughter of Orane Fraser and former athlete, Maxine Simpson. Her mother was a runner, but didn’t have the opportunity to pursue her dream. Fraser-Pryce has taken the torch of victory to new heights for herself, her mother, and Jamaica.