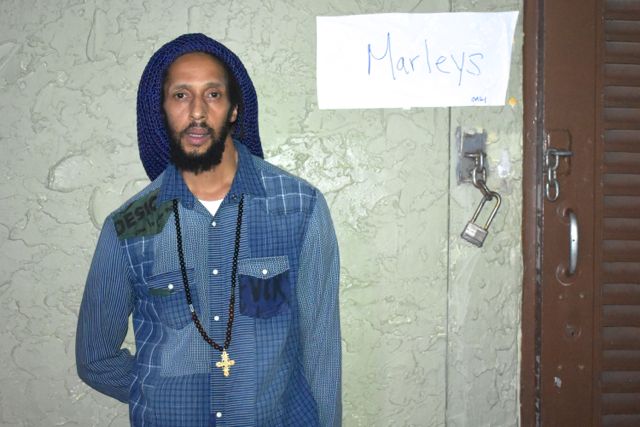 Julian Marley, son of the late Reggae King, Bob Marley, is on the list of nominees for the 2020 Grammy Awards to take place later this month on January 26th at the Staples Center in Los Angeles.  Close to 10 years have passed since Julian’s last album release, which was titled “Awake”, and this is his second nomination for perhaps the most coveted award in music.  This time around, ‘JuJu’, which is the moniker he often goes by, has received the Grammy nomination for his fourth full-length album, titled:  “As I Am.”  And he is certainly in great company as far as the list of this year’s Grammy nominees is concerned: Koffee for the album “Rapture”; “Sly & Robbie & Roots Radics for the album “The Final Battle: Sly & Robbie Vs. Roots Radics”; Steel Pulse for the album “Mass Manipulation”; and Third World for the album “More Work To Be Done”.

Released in late January 2019 on the renowned Ghetto Youths International & Zojak World Wide recording label, JuJu’s “As I Am” album features a boast-worthy production team that consisted of not only Julian himself, but also his brothers Damian and Stephen — both of whom are top class musicians in their own right, needless to say.   The album’s executive producers are Aaron Mahlfeldt and Zoe Espitia.  What’s more, “As I Am” features collaborations with several legendary and internationally acclaimed artists in the Jamaican dancehall arena, including Shaggy, Beenie Man, and Spragga Benz.

Keeping in tow with his late father’s ethos JuJu draws inspiration from life itself and, in that spirit, voices his own messages through reggae music which often airs the grievances of the oft-maligned, less fortunate and downtrodden peoples the world over.  At that, Julian certainly has remained beholden to reggae’s cultural and conscious roots.  As such, his “As I Am” album is certainly musically flavorful and diverse, which echoes JuJu’s background in having been raised in England by his Barbadian mother — Lucy Pounder.  Throughout his childhood years, he also often traveled to Jamaica as part of his upbringing.  And as far has Julian’s musicianship goes, he plays several instruments such as the guitar, drums, bass, and keyboards.

With the 62nd staging of the Grammys now beaming on the horizon, Julian is no doubt appreciative of the nomination as it is a testament to the top quality and substance of the “As I Am” album.  In story written back in November 2019 by Richard Johnson and published in the Jamaica Observer, Julian contrasted this latest album against his previously nominated “Awake” album:  “The difference with this one [“As I Am”] really reflects my growth, it has been 10 years so the inspirations are different for this one.  As I Am reflects my appreciation for a wide variety of music and this new vibration comes across in the melodies and lyrics.  It’s really how and what I’m thinking about at this time and it all comes forth in the music,”  Marley noted.

Recently, just a few days before the 2020 new year, Julian attended Reggae Jam 2019 in Miami on December 26th. He was in very good spirits and in the company of several other members of the Marley family.  The event celebrated Inner Circle’s 50 year anniversary in music, and JuJu’s nephew Skip Marley gave a captivating performance as part of the evening concert that followed the day-long festival.

Story photo by Nick Ford, who lives and works in South Florida.