A Conversation with Kevin Jackson, Creator of the Animation Action Series Abeeku & the Maroons - Jamaicans.com 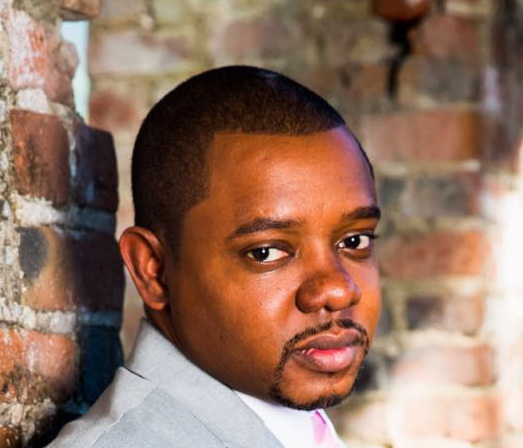 Kevin Jackson is the animation director at Night Vision Media Ltd. and creator of Abeeku and the Maroons, an action adventure micro-series for internet and mobile platforms.

He has been animating for about 5 years and a filmmaker for 8 years. Kevin has won several awards for shorts film and animation. His is the President of the Jamaica Animation Nation Network, the national association for animators in Jamaica. Here is our conversation with Kevin Jackson.

Tell us about your background, your connection to Jamaica, and how you got started in animation film.
Graduated with a degree in computer science, transitioned to film starting as writer. After quickly making a name for myself as a writer in 2008 through my facebook group “Jamaica Film Industry” I began working with local film production companies. I grew the desire to make my own films and interned for a few years starting as a Grip, then Production Assistant and worked my way up to Assistant Director and eventually Director. I love making film. In 2011 I was introduced to animation through a seminar at JAMPRO and having an artistic background I decided to pursue it. Very difficult at first but passion prevailed and I landed my first commercial job with Jamaica Environment Trust. Since then I have been animating for a number of years. Pursued certification in animation and a diploma in education and started teaching it at local institutions. 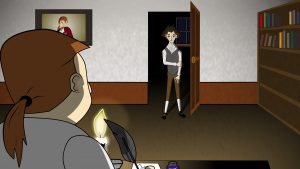 Tell us about your new series, Abeeku and the Maroons.
Abeeku and the Maroons is an action adventure micro series geared toward 16-35 years olds. It is centered around Abeeku and his pregnant sister Abina who are both slaves on the run. During their daring dash for freedom they are intercepted and separated. Battered, bitten and bruised, Abeeku must find the Maroons, a tribe of freedom fighters and convince them to help him rescue his sister.

What are some of the thing you have learned about the Maroons’ culture that many Jamaicans would never realize?
Well the story of the Maroons is very commonly told in Jamaica however youth (teenagers and young adults) tend not to know very much. They were very stealthy warriors and masters of guerrilla warfare. They were well versed in natural and holistic medicine. Their culture is a mixture of both Arawak (Taino) culture and several African cultures. Many of the slaves were from the Ghana region and they were pioneers of what is now a world famous dish, which is Jerk (Chicken, Pork etc.). 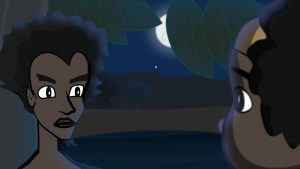 What was your biggest challenge making animation films?
Time, funding, and skilled manpower. Animation is very difficult to make and very expensive. This episode which should be 5 minutes but is really 3:30 seconds took a lot of solo effort. Writing, storyboarding, character design, acting, editing, music, sound effects, re-animating, re-designing… the process is arduous.

What is your next project?
For now the main focus is Abeeku and the Maroons but we have 2 children’s animations coming in the near future and I personally will be working on a feature-length movie this year. 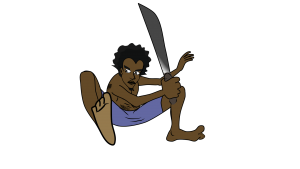 What advice do you have for young filmmakers?
Tell your stories. You will not get good overnight. Do not listen to what critics have to say. Write, shoot, edit and screen your films. It is the only way to see your mistakes and improve.

Your favorite Jamaican food is…?
Ackee and Saltfish with fried dumpling and breadfruit… naturally.

Thanks for the interview. Any closing thoughts for visitors to Jamaicans.com?
There is a lot happening in Jamaica where film and animation are concerned. The best way to keep up with what is going on are with pages like Animation Jamaica  and  Jamaica Film Industry.