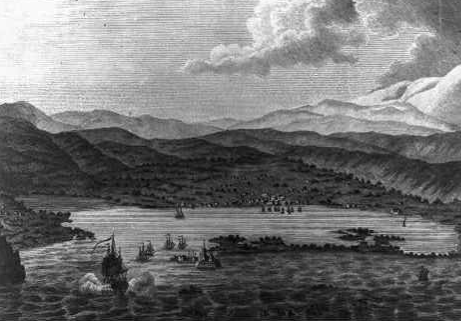 Coming in at Number 9 in the “Story of Cities” series published by the Guardian newspaper in the United Kingdom is Kingston, Jamaica, a city “born of ‘wickedness’ and disaster,” Beginning with the creation of Kingston as a new and regulated capital city following the 1692 earthquake that devastated Port Royal, the development of Kingston through the centuries includes colonists from Spain and England, slavery, and the reimagining of the island’s capital by its merchant class. Instead of the tumult of Port Royal, a city of pirates and multiple conflicts that developed at a unique geographic intersection of trade and conquest and had been known as the “wickedest city in the world,” the new city design would create an urban environment that met the needs of a merchant society. The new grid layout of streets and thoroughfares offered a combination of military, commercial, and civic functions. Today, Jamaicans are working to preserve the history of Kingston and hope to give it a “new lease on life,” according to Anne-Marie Bonner, the executive director of the Institute of Jamaica.