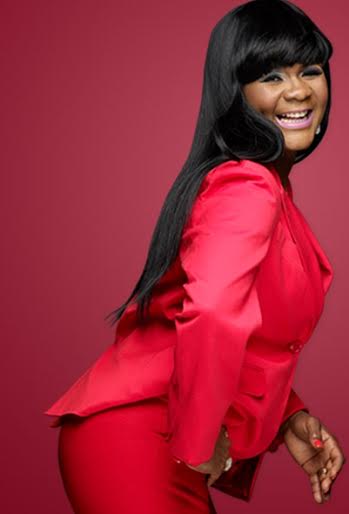 Newly converted dancehall artist, Marion Hall (Lady Saw), is set to perform at the One Love in the Park show slated for Valentine’s Day, February 14, 2016 at the Vincent Torres Park in Lauderdale Lakes. This will be her first South Florida performance since she shocked the dancehall world with her baptism in December.

The former dancehall artist, who has been known for her raw lyrics and R-rated onstage performances for decades, has vowed to put all of that behind her and sing for the Lord.  She will be joining headliner, veteran artist Leroy Sibbles, and a host of other performers for the 2nd annual show.

According to promoters, they had booked Lady Saw prior to her conversion, but kept her on the bill because they knew she would fit right in with her gospel music, especially with another gospel artist in the lineup. “This show will have something for everyone. It’s where reggae and R&B meet lover’s rock and gospel.”

Fans who are expecting to hear hits such as “Sycamore Tree” and “It’s Raining” will be disappointed, but will get to see and hear the other side of the artist, who has shed the stage name Lady Saw, and is going by her given name, Marion Hall. She is expected to show off her admirable vocals in this debut gospel performance.

The second staging of the premier South Florida Valentine’s Day concert, One Love in the Park promises to be bigger and better, riding on the success of last year’s show, which was well-attended and featured fan-favorites Sanchez and Wayne Wonder.

This year, music lovers will be treated to a musical feast with the likes of rocksteady legend Leroy Sibbles, who is sure to thrill with his silky smooth tenor and wealth of experience as an ace performer. The former Heptones front man will pull from his extensive repertoire to perform hits such as “Rock Me Baby”, “People Get Ready”, “We are in the Mood”, “Sea of Love”, “Pretty Looks” and the cult classic, “Why Did You Leave.” The cool rocksteady singer will rule the stage with tunes that will transport fans to a time when vocals and melody melded to create only the best.

Also in the lineup is the capable quartet, L.U.S.T with Lukie D, Thriller U, Singing Melody and Tony Curtis, who will show off their musical prowess, pulling at heartstrings with stellar vocals and hits such as “Stay” and “Run Free”, as well as covers like “You’re the Inspiration” and “Just as I Am”.

A sweet treat for the audience is the unmistakable vocals of the indelible Gem Myers. Fans can expect Myers to go from reggae to R&B with originals such as “One Man Woman” and covers from the late Whitney Houston, Millie Small and many others. Gem Myers has the reputation of putting on a well-rounded show with as much energy and enthusiasm as she did some 30 years ago when she came on the scene. Reggae and R&B lovers will be thoroughly entertained with this powerhouse on the mic.

With his debut album Change receiving much love in Jamaica, gospel singer/songwriter and ordained minister Adrian Cunningham might win some souls when he performs his hit singles, “Lord I Love You” and “Rest in the Arms of Jesus”. His enviable vocals resonate among listeners, whether they are believers or not, and are likely to cause some introspection for attendees at the One Love in the Park show.

Rounding out the bill is the South Florida-based Code Red Band, the show’s official backing band, who will be performing songs from their album Timeless. Known for their versatility and crowd-pleasing performances, Code Red will entertain with everything from reggae and soca to R&B and Top 40 tunes.

Two Events, One Show, One Price

One Love in the Park offers two events, in one show for one price! From 3 p.m. to 6 p.m., attendees can enjoy TABOO Day Fete with music by DJ Radcliff, Sweetness Sound, HMV Sound and DJ Ice. The concert kicks off at 6 p.m. and goes on until 10 p.m.

Promoters are promising a fun-filled event and are encouraging concert goers to take advantage of the early bird and advance ticket specials to save some cash and secure their spot at this highly anticipated concert. So mark your calendars, and bring your Valentine to enjoy a day of love and music and lots of giveaways.

Part proceed from the concert will go toward the City of Lauderdale Lakes Mayor Samuel S. Brown Scholarship Fund, which provides economic assistance for educational opportunities to senior high school and college students who reside in the city.