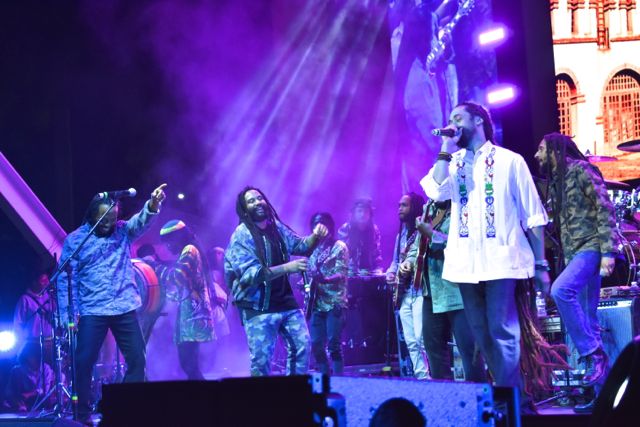 In celebration of the life and spirit of the legendary reggae King, Bob Marley, 4/20/19 marked the date of an epic and unforgettable concert at Bayfront Park Amphitheatre in Miami, Florida.   In essence, Kaya Fest is regarded as a reggae reunion where the iconic Marley family is concerned.   The driving force behind the annual festival is Stephen Marley, son of Bob and also a multi-Grammy Award-winning singer, songwriter and producer.  This year’s episode of Kaya Fest boasted a premier and jam-packed artist line-up that included:  Koffee, Third World, Kes the Band, Protoje, Sean Paul & Chi Ching Ching, Davido, Busta Rhymes, DJ Khaled, latin artists Farruko & Pitbull and, of course, the one and only Marley family—sons, Stephen, Ziggy, Damian ‘Jr. Gong’, Julian ‘Ju Ju’, and Ky-Mani–and grandsons, Yohan ‘Young Lion’ and Skip. 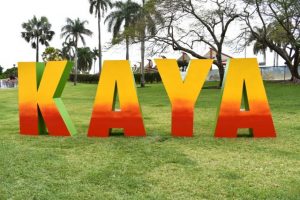 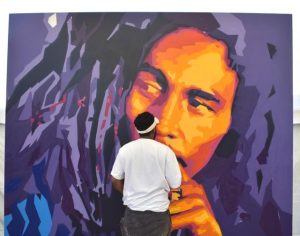 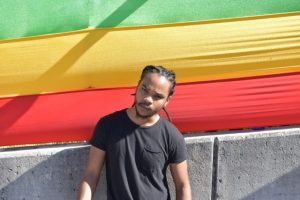 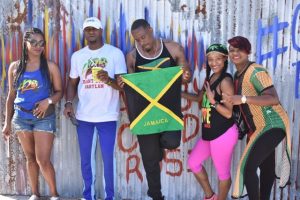 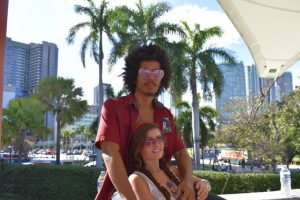 Newcomer and reggae roots revival singing sensation, Koffee, kicked things off at 1:30 pm as scheduled.  Hailing from the gritty environs of Spanish Town, Jamaica, Koffee burst on to the music scene in Jamaica in 2017 after releasing her single titled, Legend, an ode to the now retired sprinting legend, Usain Bolt. Featuring only Koffee’s voice and acoustic guitar, the song went viral on Instagram and therafter became a huge hit.  Clad in blue denim overall shorts and a nifty pair of Clarks shoes, Koffee, who is just 19 years old went right to work and took command of the audience by reeling off her catchy hits—‘Burning’, ‘Raggamuffin’ and ‘Rapture’.  The last song of Koffee’s set was none other than ‘Toast’, which has been burning up the reggae charts and airwaves not only in Jamaica, but also internationally.  Koffee received a round of applause and thanked the sun-drenched audience for hearing her out.  As Koffee sings out in ‘Toast’, gratitude is a must! 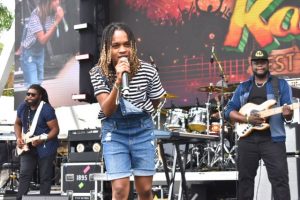 After a brief band change, the venerable Third World band ensemble took to the stage.  Lead vocalist, A.J. ‘Boots’ Brown was backed in harmony by Stephen ‘Cat’ Coore and Richard Daley as they unleashed ‘Now That We Found Love’, ’96 Degrees in the Shade’, ‘Try Jah Love’ and, of course, ‘Reggae Ambassador’—which Mr. Brown had a lot of fun singing as he threw down some authentic skankin’ dance moves during his performance of the song.  The song, ‘Reggae Ambassador’, is a timeless Third World smash hit that was originally made famous by the group’s former husky-voiced lead singer, William “Bunny Rugs” Clarke, who succumbed to leukemia at his home in Orlando, Florida in 2014 at the age of 65. 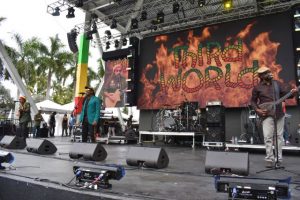 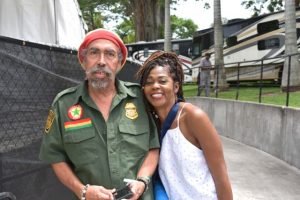 Kes the Band from Trinidad & Tobago followed Third World and treated the audience to some authentic soca musical flavor, which added a palpable carnival vibe to the Kaya Fest atmosphere.  Lead singer, Kes, was all smiles and energetic as ever as he delivered the band’s most popular hits.  In turn, Jamaica’s roots revival and conscious reggae singjay, Protoje, then effortlessly displayed his enviable lyrical prowess as he belted out a selection of his gems—such as ‘Who Knows’ (a song he recorded with reggae superstar singer, Chronixx) and ‘Blood Money’. 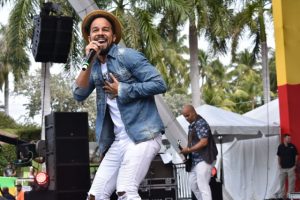 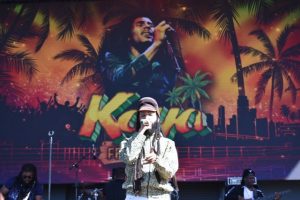 Miami’s temperature then rose a little higher courtesy of Sean Paul’s performance.  Flanked by his dancers, “Dutty Paul”—as he often refers to himself—got the audience swaying and gyrating to his international hits from years back, including ‘Temperature’, ‘Like Glue’, ‘Deport Dem’, and ‘Get Busy’.  “Dutty Paul” then brought the house down with his crossover smash, ‘Got 2 Luv U’, thereby putting a grade A stamp on his sizzling set.  Also making an appearance was Jamaican dancehall deejay, Chi Ching Ching who—while performing gave the crowd a Jamaican dancing tutorial that went along with his songs, ‘Way Up Stay Up’, ‘Rock Di World’, and ‘No Weakness’. 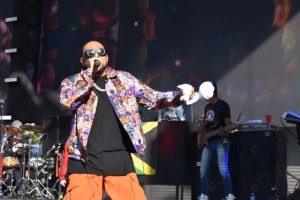 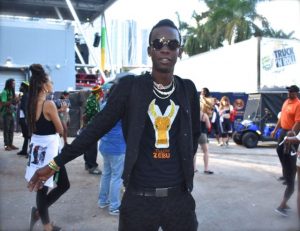 Davido—a Nigerian singer, songwriter, and record producer—was definitely well received and excited the crowd when he churned out his infectious song, ‘If’ (…I tell you that I love you whoa!…), The song has been a huge one and has been tearing up the playlists at Caribbean carnivals and dance clubs all over the world.  The swollen Kaya Fest audience definitely felt the vibe and passion of Davido, who was born in Atlanta and raised in Lagos, Nigeria.   Jamaican-American hip hop legend, Busta Rhymes, and his sidekick, Spliff Star, were certainly at delight as the jubilant crowd clapped along with their much heralded hit, ‘Make It Clap’.   Busta Rhymes, of course, had to whip the entire Bayfront Park Amphitheater in a frenzy with his Old School club smash, ‘Put Your Hands Where My Eyes Could See’.   DJ Khaled, hip hop juggernaut performer and producer also made an appearance marked by an animated and enthusiastic performance as he is always known for. 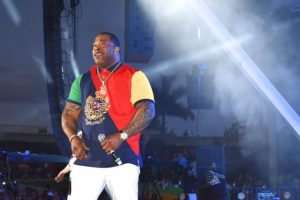 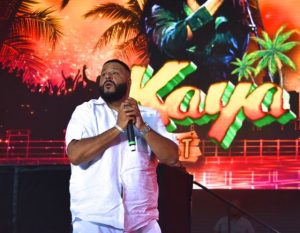 And fittingly capping off the show for the night was the Marley family, who performed not only their own hit songs, but also a number of Bob Marley’s seminal classics, such as ‘We Jammin’, ‘Three Little Birds’, ‘Waiting in Vain’, ‘Exodus’, ‘Could You Be Loved’, and ‘One Love’—just to name a few.  Meanwhile, latin artists Farruko and Pitbull added to the excitement by joining the Marley family on stage for a couple of songs, including the collaboration between Ky-Mani and Farruko, titled: ‘Chillax.’ 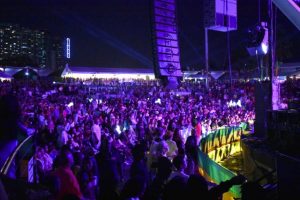 Aside from the potent musical element, and in addition to the plethora of food booths, crafts and other refreshments at the Festival, the stated purpose of the Kaya Fest is to educate people to the many uses of the cannabis plant as well as to inspire and encourage positive public awareness and curative effects the use of medical marijuana in treating many painful diseases and also memory care.  And needless to say, a grand time was had by all who attended Kaya Fest 2019 on 4/20!